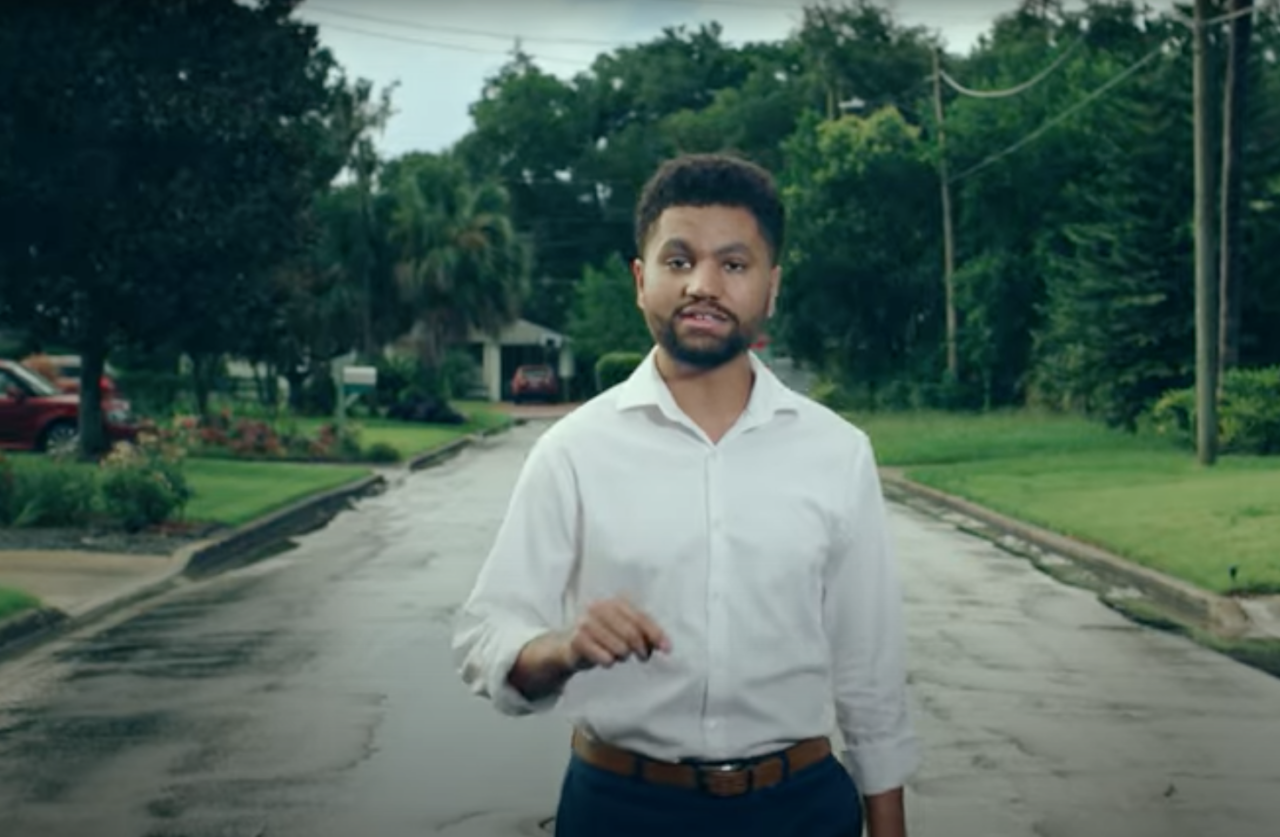 DeSantis yelled, 'Nobody wants to hear from you!' giving Frost what he wanted.

The Generation Z candidate in Florida’s 10th Congressional District has taken DeSantis’ “Nobody wants to hear from you!” dismissal of Frost to support the theme that Frost wants to represent a younger generation demanding to be heard.

Frost’s new commercial in the Orlando market starts with brief footage from the public June 2 interview in Orlando when DeSantis spoke to conservative talk show host Dave Rubin, of the Rubin Report. Frost appeared, off camera, and shouted at DeSantis to take action to end gun violence.

The confrontation came days after the horrific mass shootings in Uvalde, Texas, and Buffalo, New York.

“Nobody wants to hear from you!” DeSantis shouted back from the podium.

The 30-second commercial, “Hear From You,” turns next to footage of Frost walking an Orlando street and meeting with people. He replies:

“I’m Maxwell Alejandro Frost and I’ve been making sure they hear from us for 10 years. Protecting the right to choose. Passing laws to end gun violence. If we want bold change on guns, reproductive health and affordable housing, we can’t keep electing the same politicians. I approve this message because when they want to silence our voices, I won’t let them.”

Frost is in a crowded Democratic field vying for the open seat in the CD 10, which spans much of northern Orange County. The district leans strongly toward Democrats. The seat is open because Rep. Val Demings is running for the U.S. Senate, rather than for another term.

Frost, a progressive Democratic activist who’s been particularly active in the gun law reform movement, uses the DeSantis exchange to set himself apart from the crowded field. The ad seeks to characterize Frost as an aggressive, youthful voice. There also is the implication he is an outsider, with his reference that “we can’t keep electing the same politicians.”

“Gun violence is an everyday occurrence, the Supreme Court has stripped away reproductive rights, and prices for everything have become out of control,” Frost said in a news release. “With these unprecedented challenges, we need to send people to Congress who are ready to fight hard on these issues and never back down.”

The redistricting map approved last month by the Legislature changes CD 10 from a district with a dominant African American voter base to one with large White, Black and Hispanic bases.