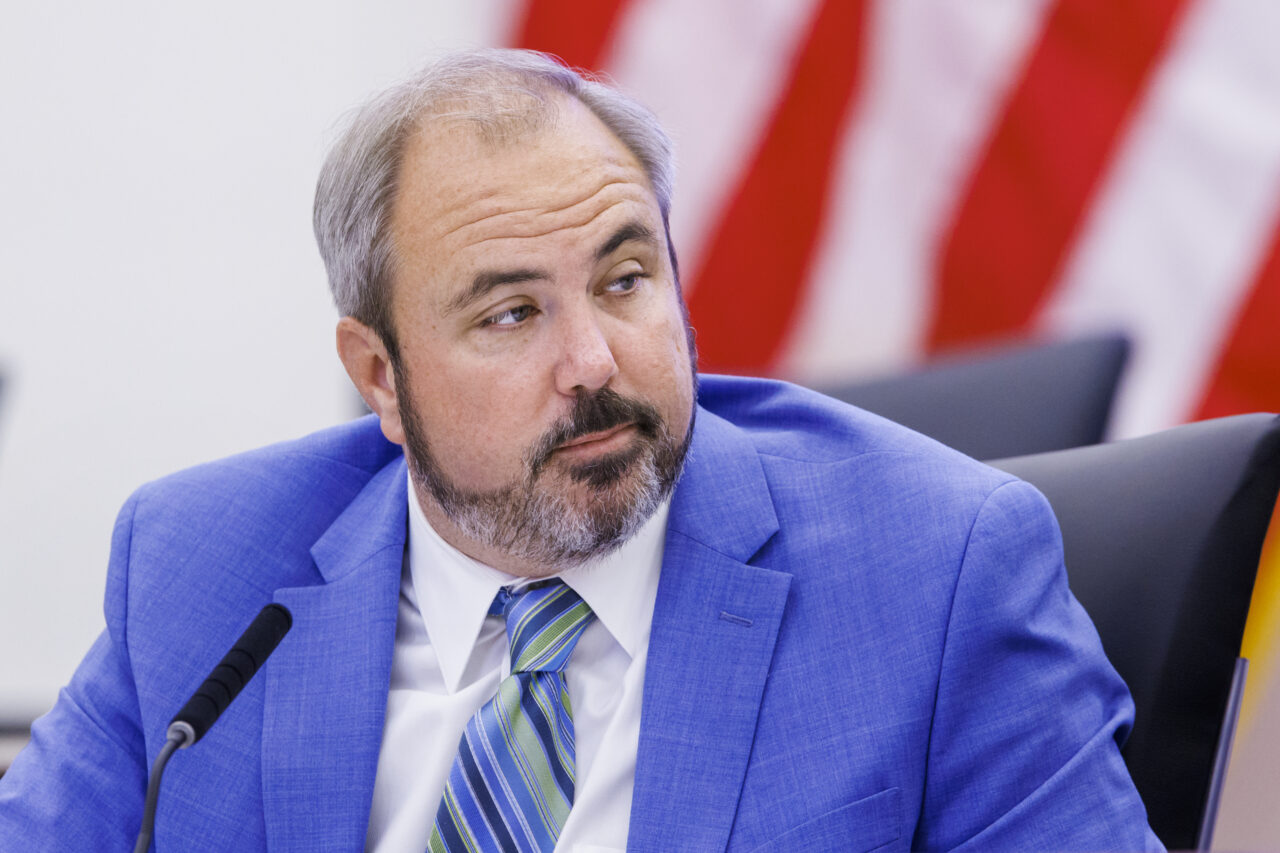 Republican Party of Florida (RPOF) Chair Joe Gruters is launching a bid for Treasurer of the Republican National Committee (RNC).

“We have had tremendous success here in Florida,” Gruters told Florida Politics. “My whole focus is getting Florida represented at the national level.”

Gruters previously secured support from RPOF members to move the state party’s executive board elections to Feb. 17 and 18. That effectively extends his own tenure as state Chair until next month, which in turn makes him eligible for the national officership. RNC bylaws require candidates to be voting members of the RNC at the time of their election, but Gruters will not need to return to the state Chairmanship if elected to the post.

As for the national election, RNC elections are scheduled for Jan. 27. Gruters faces K.C. Crosbie, Kentucky’s national committeewoman. Crosbie ran for the treasurer position four years ago as well. While Gruters said he respects Crosbie, he feels his background as a certified public accountant and the leader of one of the most successful state Republican parties in the country make him a good choice for RNC treasurer.

He already announced to RPOF members that he will not seek a third term as state Chair. Gruters said he plans to honor a promise he made when he first won election as state chair to serve two terms and then give way to new leadership. Leon County GOP Chair Evan Power and Sarasota County State Committeeman Christian Ziegler have both announced their candidacy for the post, and more candidates may join the fray.

An ally to RNC Chair Ronna McDaniel, Gruters was an early supporter of former President Donald Trump’s first campaign in 2016, and co-Chaired the Florida arm of Trump’s presidential campaign up to the Republican’s surprise defeat of Democrat Hillary Clinton.

The two political leaders have remained close, with Trump endorsing Gruters’ re-election as a state Senator even when the Sarasota Republican faced an anti-establishment challenger.

Gruters also worked closely with Gov. Ron DeSantis, who in 2018 backed Gruters becoming Chair of the Republican Party of Florida. The two have worked together through Gruters’ work in the Legislature and on the campaign trail, though they at times have had public disagreements over management of the party. Still, DeSantis supported Gruters’ re-election as Chair.

During Gruters’ tenure as Chair of the state party, Florida arguably shifted from a purple to a red state. Republicans for the first time overtook Democrats in voter registrations. Under Gruters, the party grew its ranks from just over 4.7 million registered Florida Republicans when he arrived to nearly 5.3 million voters now. Democratic registrations in the same time period have gone down about 5,000 votes and sit under 5 million. That means the party has gone from a greater than 250,000-voter deficit compared to Democrats to a nearly 327,000-voter advantage.

Gruters also noted that registrations went up over his 14 years as Republican Party of Sarasota County Chairman. He took on the local party role after the 2008 elections when Democrat Barack Obama nearly won the local vote for President. Now, Republicans hold nearly a 53,000-voter registration advantage in the county, up from around a 37,000-voter advantage in 2018, and DeSantis won the county by nearly 50,000 votes.

In both General Election cycles with Gruters as Chair, Florida Republicans outperformed cohorts around the country. Trump won Florida’s electoral votes by more than 3 percentage points even as he lost re-election nationwide. That’s roughly triple his 2016 margin of victory. Meanwhile, DeSantis just won re-election by a landslide in November, even as Republicans underwhelmed nationwide and underperformed national trends.

As for the Treasurer position, Gruters in the private sector is a licensed CPA and runs a Venice-based accounting firm with Eric Robinson, one of the most prominent Republican treasurers in the state.

Considering he’s seeking the Treasurer post, Gruters hopes a background in handling the books for state and federal political campaigns makes a difference. He also notes the RPOF in 2020 raised about $84.8 million under his leadership, and in 2022 raised almost $159.5 million.

“I credit that to our great Governor, Ron DeSantis,” he said.

Before his involvement in state politics, Gruters Chaired the Republican Party of Sarasota. He just handed the reins there to chosen successor Jack Brill. He previously served as Campaign Manager and Campaign Treasurer for U.S. Rep. Vern Buchanan, now a contender to Chair the House Ways and Means committee. He also chaired Young Republicans and served as a member of the electoral college in 2020 for Florida.