A House bill (HB 1475) that would limit female sports teams to biological women and girls cleared the House Education and Employment Committee on Tuesday, positioning it for a floor vote. The approval came along party lines and after several amendments from Democratic Rep. Kristen Arrington were rejected, including one that would have allowed transgender girls from out-of-state to play in tournaments hosted in Florida. That amendment came as a chorus of opponents, from Equality Florida to the Miami Heat, have warned that the bill could lead organizations such as the NCAA to shun the Sunshine State. The Republican majority was undeterred and pushed the bill through on a 15-6 party-line vote. Here’s your nightly rundown.

Omnibus rolls. A House bill (HB 1261) that contains a slew of higher education proposals including COVID-19 liability protections for colleges and universities cleared its final committee.

Safe and secure. A new school safety measure (HB 7035) is ready for the House floor following an 18-0 vote in the Education and Employment Committee.

What just happened? Legislation (HB 529) codifying the right of public school students to a moment of silence in school stalled in its sole Senate committee after a dramatic procedural dust-up.

Nothing lasts forever. A legislative effort (HB 1559) to revamp Florida’s alimony laws glided through its final House committee on a party-line vote.

Nunya business. A bill (SB 1734) that would give Floridians the right to control how their personal online data is shared and sold is ready for a floor vote.

Two for one. Senators have merged proposals (SB 2006/SB 1924) rewriting emergency powers at all levels of government in the state into one bill that is now headed to the Senate floor.

Gail’s Law. A bill (HB 673) that would allow sexual assault victims to track the processing of rape kits is headed to the House floor.

“Until the NCAA treats men and women equally, they frankly can shut up about what we do here.” — Rep. Chris Latvala, defending the transgender sports bill.

Your Metz Husband Daughton-sponsored question of the day is: Who was the first Florida Governor to spread his inaugural celebration around the state, holding events in Miami, Orlando, Tampa, and Tallahassee during a three-day period?

Last time, we asked: What are the only federally recognized Native American tribes in Florida?

Congrats to Gene McGee (@GeneMcGee), the first person to tweet the correct answer! 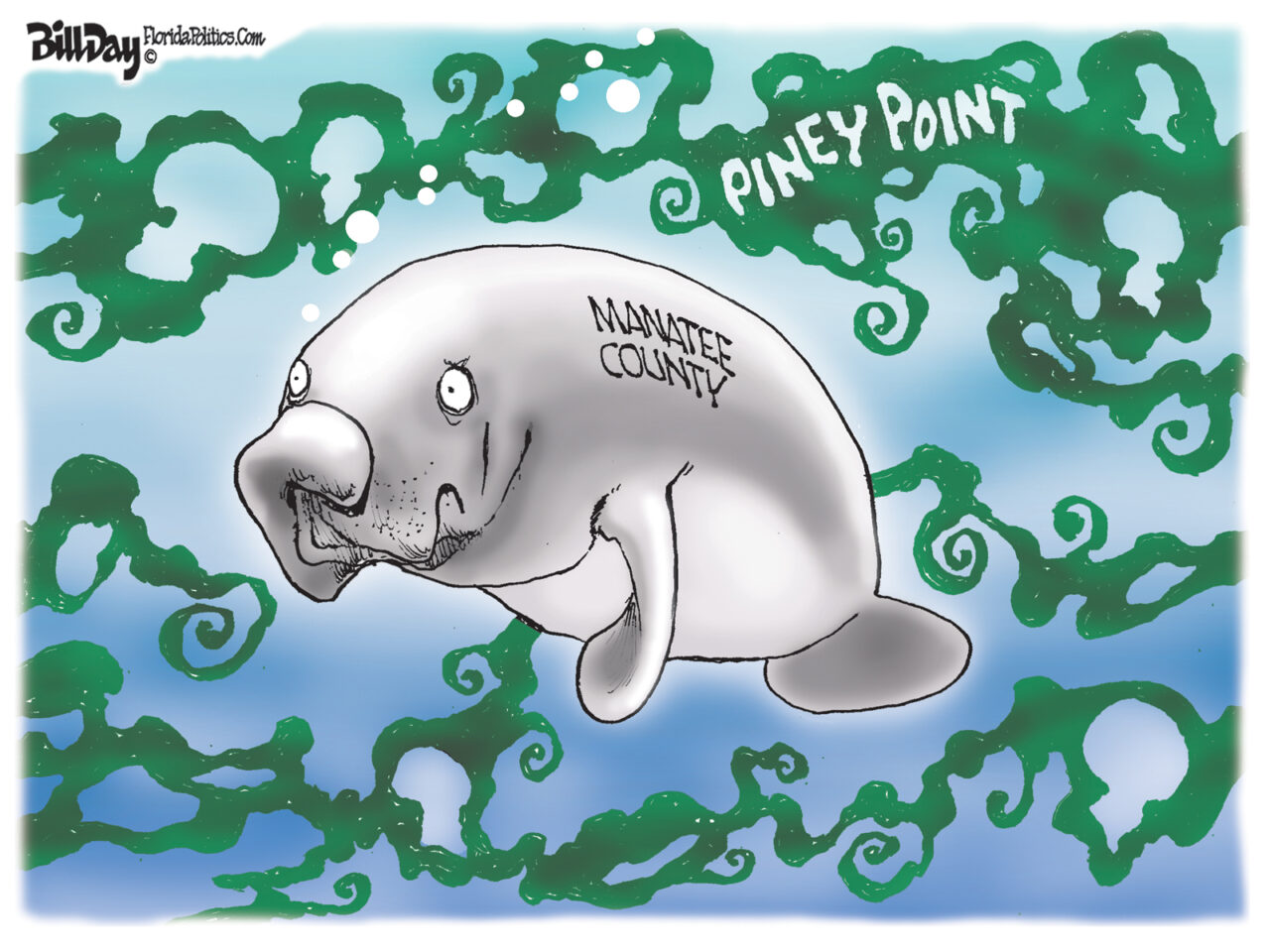 Florida’s Chief Financial Officer, Jimmy Patronis, comes to the position with 8 years of legislative experience and hospitality experience from helping run his family’s over 50-year-old seafood restaurant in Panama City. Plus, Patronis has the type of pride that can only come from a native Floridian. We talked with the CFO about the Tokyo Olympics, his relationship with Nikki Fried and his biggest Session priority.

Florida Politics: You wrote some letters to let people know that they can move things to Florida during the pandemic. You wrote one letter to the New York Stock Exchange inviting them to move their offices down here. You wrote another letter to the International Olympic Committee to move the Tokyo Olympics to Florida. Did you think any of those requests would pan out?

Patronis: I know this; you will miss 100% of the pitches you don’t try to swing at. We had a unique opportunity. Florida has worked very hard with our credit rating, our tax environment, Gov. (Ron) DeSantis leadership — just the overall structure of doing business in Florida. As I watched and monitored the civil unrest, the tax environment, leadership in those other states, and how they are shutting things down, I didn’t see why Florida should be sitting on the sidelines. Why shouldn’t we make it loud and clear to businesses outside of the state of Florida that we’re open for business? Remind them of what we’re doing. Remind them of our low crime rate 49 years in a row, our declining violent crime rate. I’m a restauranteur by heart. I believe in the promotion of things I believe in. I believe in customer service. This is no different. I’ve just taken that same disposition and passion and applied it to the state of Florida.

Patronis: It was flattering for the Olympic Committee to call back and say, ‘hey, you know what, Florida is super important to us. We get a lot of resources out of Florida, whether it be financial resources and or the talent that competes for the gold. So, we totally get where Florida is coming from. We respect it, and we want to support you.’ So, there is definitely an awareness that we were able to seed with that.

Patronis: There are things that we will align on, and there are things that we won’t align on. It’s about any other type of a business relationship or family relationship. We’re not going to be 100% on everything. We both believe that there should be some type of a monetary system to be able to do marijuana banking in the state. My passions and concerns are because of organized crime. We’re seeing out in Oregon strong-armed robberies are happening on a regular basis because of the 100% cash environment at dispensaries. Again, I grew up in the hospitality-tourism industry. It’s a factor there because when a lot of people go on vacation, they use cash. So, those type of matters, I think Nikki and I are aligned. I think when she picks on my Governor and tries to score cheap points there, I won’t be aligned with her. I’m a huge fan of Gov. DeSantis. I defend him. I support him, follow his lead. Sometimes she likes to try to pick a fight, and when she tries to pick a fight with him, I want to make it clear that I’ve got his back. So, I think that we can do some things together well, and some things we’ll just agree to disagree.

Florida Politics: We are more than halfway through the Session now. You’ve already marked off a large priority. Can you talk about the process for getting the COVID-19 liability bill passed?

Patronis: For over a year now, we have been fighting for COVID liability protections, whether it’s for our non-profits, our hospitals, our churches, our small businesses — you name it. All these different organizations were in paralysis because of COVID-19 liability. Small businesses were burning through their savings. We were hearing feedback about their concerns that their businesses could be subject to a frivolous lawsuit, like we’ve seen develop with McDonald’s or Walmart or Amazon. So, we wanted to get out there and lead. We created an awareness campaign early last year. Look — I served in the Legislature for 8 years. It takes a little while to get members of the Legislature in tune with what’s important to you. You have to educate them. You have to answer their questions. You have to embrace them. You have to invite them to meetings and gatherings to hear from the business community. So, there was just a grassroots effort, that I was so proud to be a part of. This bill became the first piece of legislation to land on Gov. DeSantis’ desk. But it doesn’t happen without Speaker (Chris) Sprowls and President (Wilton) Simpson. It doesn’t happen without Sen. (Jeff) Brandes or Rep. (Colleen) Burton or Rep. (Lawrence) McClure, all of those incredibly integral players who made this policy a reality. And now Florida will be like 20 other states in the Union that have some form of COVID liability in place to give small businesses peace of mind that they can open and operate safely. But I do like to point out; this does not limit access to the courts. If you’re a bad actor, and you’re not doing right by your people or your customers, this policy will not be of any benefit to you. This is to help protect good actors that are trying hard to survive through the unforeseen challenges of this pandemic. 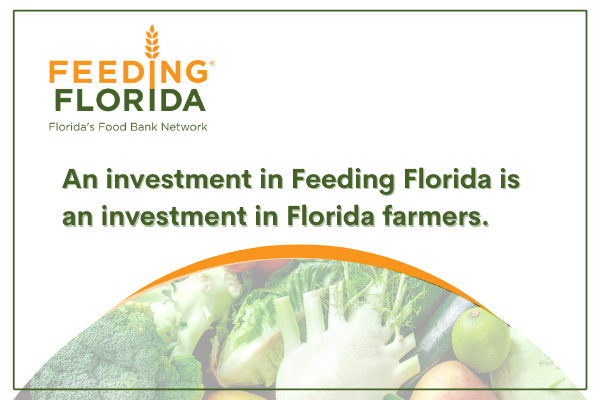 Most people who call up a Realtor aren’t looking to buy a pricy home in a gated community. They’re looking for that sweet spot — not so much affordable housing as housing that’s affordable.

With the costs of lumber and other raw materials soaring, hitting that price point has been tricky. Especially if local government ordinances pigeonhole builders into specific, more expensive designs.

Regulations vary from garage placement to paint color, or even mandates that rafters are sturdy enough to support a solar installation. Highland Homes says those ordinances are pushing MSRPs above the max budget of the average buyer.

Highland Homes recently signed a lobbying deal with the team at RSA Consulting to help them get a preemption on the books that will help them hit the magic number. The crew includes firm founder Ron Pierce and lobbyists Kaitlyn Bailey, Edward Briggs and Natalie King.

Briggs says the developer has its eyes on bills that would scratch out local ordinances hampering development while allowing cities and counties to regulate appearances where it makes sense.

“It’s a delicate balance,” he says. “That’s why there’s an exemption.”

SB 284, sponsored by Gainesville Republican Sen. Keith Perry, would allow local government ordinances to apply in historic districts and homes or to properties on the National Register Historic District. Otherwise, new developments would be exempted.

The bill has moved through two Senate committees and has one stop left before the chamber floor. A similar bill in the House, HB 55 by Rep. Stan McClain, is ready for a floor vote. 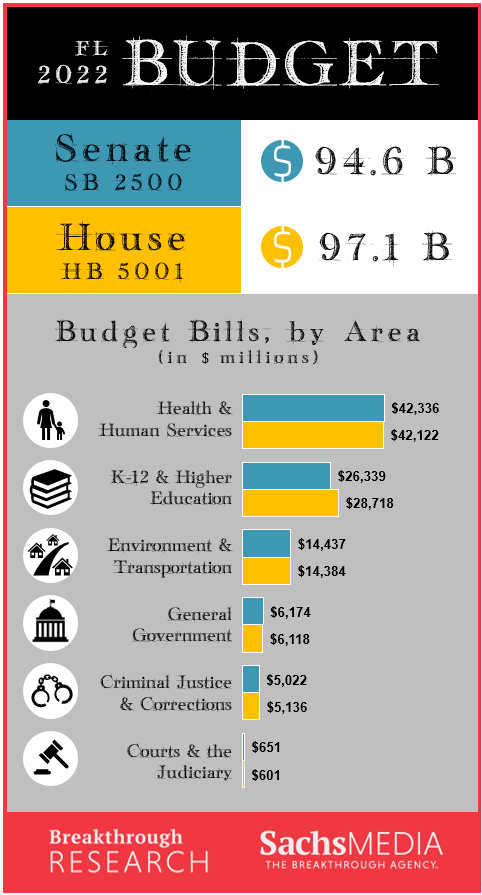 The Senate will hold a floor session at 10 a.m. On the agenda are the Senate budget proposal (SB 2500) and a bill that would make numerous changes to the state’s property insurance system (SB 76).

The House will hold a floor session at 2 p.m. The chamber could consider a bill (SB 50) that would require online retailers to collect sales tax even if they don’t have a presence in the state. The chamber is also set to consider its budget proposal (HB 5001).

— The House Children, Families & Seniors Subcommittee meets at 9:30 a.m. in Room 404 of the House Office Building.

— The House Justice Appropriations Subcommittee meets at 9:30 a.m. in Room 212 of the Knott Building.

— The House Post-Secondary Education & Lifelong Learning Subcommittee meets at 11:30 a.m. in Room 212 of the Knott Building.

— The House Tourism, Infrastructure & Energy Subcommittee meets at 11:30 a.m. in Room 404 of the House Office Building.