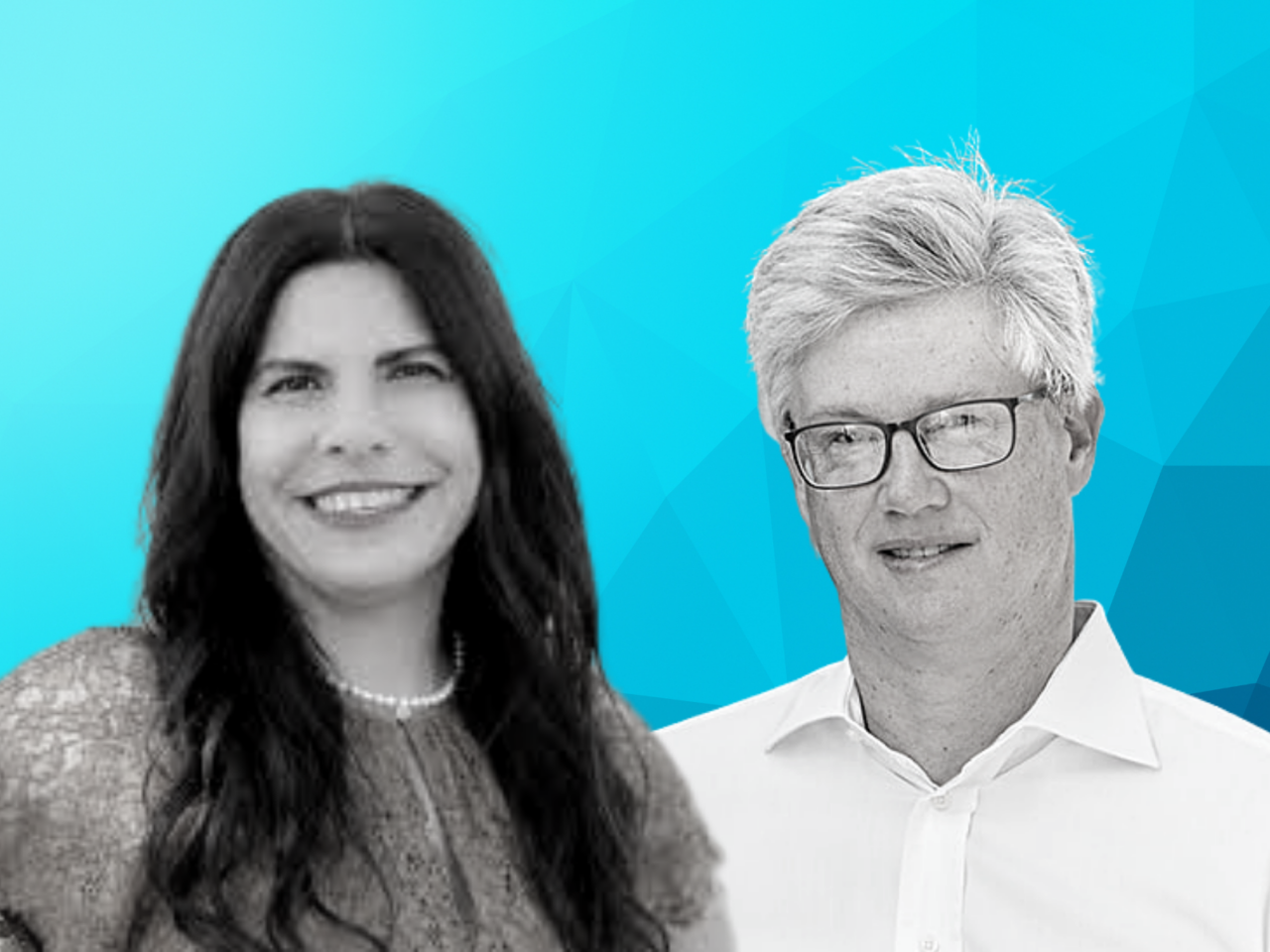 St. Petersburg City Council candidate Tom Mullins’ recent campaign mailers are coming under fire from opponent Lisset Hanewicz, who argues they represent an attack against public employees and their unions.

In her criticism, Hanewicz points to a quote on the mailers credited to Mullins that smears public worker unions, as well as his campaign platforms on his campaign site, which say city employees are overcompensated “above private-market benchmarks.”

“My opponent is backed by multiple far-left interest groups and the usual group of public employee unions, who are simply looking for a candidate willing to throw taxpayers under the bus,” the mailer reads.

Hanewicz scrutinized Mullins, saying that he disrespected public employees like police officers and firefighters, many who served as first responders at the height of the pandemic. 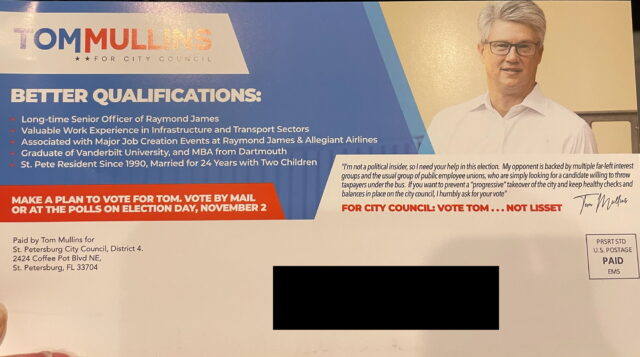 “I’m honored to be endorsed by our police officers, our firefighters, and our public workers” Hanewicz said in a statement. “For the last 18 months, they’ve put their health and the health of their families at risk during the pandemic to keep us safe, to provide emergency medical assistance, and to ensure our government continues to function.”

“As a former state and federal prosecutor, I’ve seen how our first responders and essential workers have dealt with some of the most horrific crimes imaginable,” Hanewicz continues. “Mr. Mullins clearly has spent too much time in the executive suite and not enough time in the community. Attacking our firefighters, police officers, and public employees is not reflective of our St Pete values.”

In response to her criticism, Mullins told Florida Politics that he does support police, including providing appropriate funding for such departments. He also said the mailers were misinterpreted, and his conclusions came after meeting with several public employee unions.

“That statement we used in our mailer is admittedly a composite observation, but it is based on the actual dialogue and meeting content that I observed personally in my own interviews with three different public employee unions,” Mullins wrote in an email to Florida Politics. “I generally observed that (i) my status as the only candidate in the race who’s actually been a union member was given no apparent weight; (ii) my emphasizing that taxpayers’ interests be given proper consideration in collective bargaining decisions was met with negative body language; and (iii) union execs seemed bothered by a candidate who actually knows how to calculate the present cost to taxpayers of future retirement benefits contained in union contracts.”

He also pointed to his own company, Raymond James, as evidence he supports workers.

“The whole thing with the unions seems like an unfortunate misunderstanding, as our actual track record at my own company (Raymond James) is that we are plainly among the most generous firms in the area on employee comp and benefits,” Mullins continued in his email to Florida Politics.

“The police have a tough job, but they are also well-paid professionals and the only members of society authorized to use force against fellow citizens,” the website reads. “Even before the events of summer 2020, it was appropriate for their operational practices to be more routinely reconsidered and updated.”

Both candidates are running to succeed Darden Rice on the St. Petersburg City Council.

In the most recent polling, Mullins leads Hanewicz with 21% support to Hanewicz’s 19% support among the 484 people polled. However, most respondents — 60% — said they are unsure or don’t want to say who they will vote for.