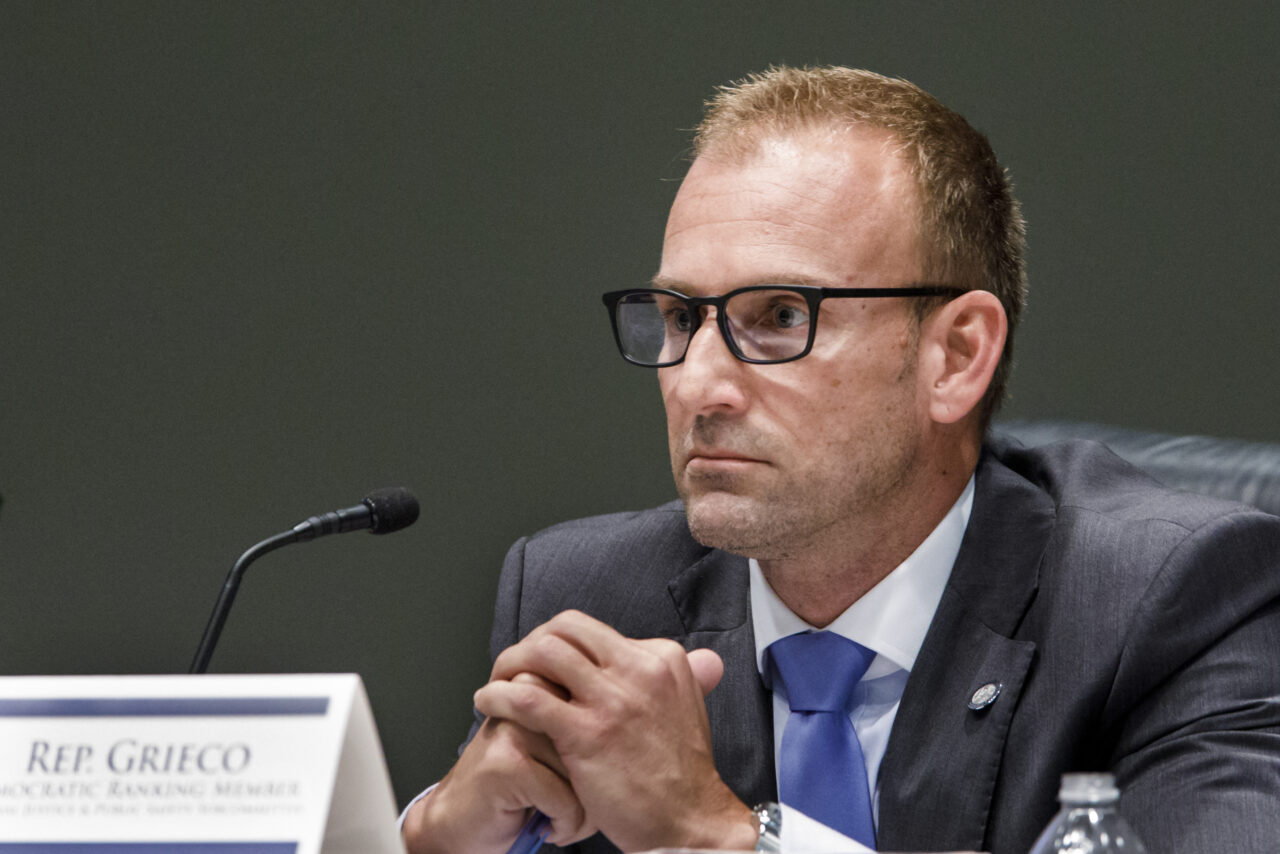 He said the 'Tallahassee establishment' has not gotten behind his campaign.

Democratic Rep. Michael Grieco has canceled his bid for Senate District 36, leaving controversial incumbent Republican Sen. Ileana García unopposed in a vulnerable seat. He’s also not running for re-election in the House, departing the chamber after four years in office.

Grieco confirmed his decision with Florida Politics on Wednesday morning. He blamed the “Tallahassee establishment” for not getting behind his campaign for SD 36 in what would prove to be an exceedingly costly race. Still, he lamented giving up, “knowing that now a far-right extremist, first elected by fraud, will likely have a clear path to return to our state Capitol.”

The problem isn’t from within the party itself, Grieco continued. It’s that is that the Florida Democratic Legislative Campaign Committee and its various fundraising arms, including Senate Victory PC, don’t have the financial resources to support his campaign or that of many others running for office this year.

“This isn’t about Senate Victory or the Democratic Party reprioritizing. I’m one of their top priorities. They just don’t have the money,” he said. “This is more about the donors than the party. Two years ago, the Senate candidate had $4 million to $5 million. I’ll be lucky to have a third of that.”

As for not seeking another term in the House, he explained that he plans to focus instead on his family, health and private legal practice while still being “a vocal advocate for both our community and the issues that matter to me.”

He said he has “no imminent or future political plans.”

“I’ve spent over 250 days of my son’s childhood in Tallahassee, and after four years of accomplishing great things and stopping terrible things, I don’t foresee a third term. I don’t think the juice is going to be worth the squeeze,” he said.

“It’s asking a lot of someone from South Florida with children. (Republican Rep.) Vance (Aloupis) isn’t running for re-election. (Democratic Rep.) Nick Duran isn’t running either. My outlook is similar to theirs; I’ve done my four years. There aren’t any boxes I need to check off in terms of what I want to get done up there for my constituents.

“I’m good. The sacrifice is too great.”

At 10:25 a.m., the Florida Democratic Legislative Campaign Committee posted a statement to its Twitter page addressing Grieco’s decision and promising “a strong Democrat” will soon take his place.

“Representative Michael Grieco is a strong advocate for Floridians and a fighter for our shared Democratic values who has decided to step back from his campaign for state senate,” FDLCC personnel wrote.

“We support the Representative in whatever decision is best for him and his family. This does not change our plan to aggressively challenge Senate District 36 and the Caucus’ efforts to take back this district. Stay tuned… the fight is not over as a strong Democrat will be filling in shortly.”

Representative Michael Grieco is a strong advocate for Floridians and a fighter for our shared Democratic values who has decided to step back from his campaign for state senate. We support the Representative in whatever decision is best for him and his family.

This does not change our plans to aggressively challenge Senate District 36 and the Caucus’ efforts  to take back this district. Stay tuned… the fight is not over as a strong Democrat will be filing in short order.

Grieco announced in November he would forgo a third House term to instead run against García, a former deputy press secretary under President Donald Trump who won office by just 32 votes in a 2020 race later revealed to involve a “ghost candidate” scheme that has since led to criminal charges.

Miami State Attorney Katherine Fernandez Rundle said her office had no evidence García knew of or took part in the plot, and García has denied involvement. Democrats nonetheless called for García to resign and face a Special Election. She did not.

Grieco, for his part, is also no stranger to campaign controversy. In 2017, he resigned from the Miami Beach Commission after pleading no contest to a criminal violation of Florida’s campaign finance laws for accepting a $25,000 contribution from a non-American donor, through another donor, while running for the city mayoralty.

He maintains he had no knowledge the contribution he accepted was made on behalf of another person or that his donation had ties to a political action committee suspected of soliciting funds from foreign nationals. Once the six-month probation barring him from running for office expired, he ran for and won his House District 113 seat.

García has attracted sharp criticism this year over baffling statements she’s made about abortion, racism and the LGBTQ community. During a single interview with CBS investigative reporter Jim DeFede in January, she asserted that some women use abortion as a form of birth control and that racism against African Americans is no longer an issue in the United States is no longer an issue because Barack Obama was elected President and served two full terms.

“I grew up in a primarily African American neighborhood, and I was discriminated (against) on all fronts,” said García, who was born in Miami to Cuban exiles. “I look at it as a learning experience, and I’ve moved on. And I think people should move on from it.”

That drew immediate backlash, including renewed rebukes from Grieco and other Democrats, and protests outside of her Miami office. She later released a statement on her reactivated Twitter account explaining that her comments “in no way were intended to generalize or disregard the experience of any member of the LGBT+ community” and were only meant to explain her “very personal life experiences.”

García did not, and has not, offered further clarification as to what she actually meant.

Then in early May, she told attendees at a breakfast event on Miami Beach that Florida’s new ban on abortion after 15 weeks with no exception for rape and incest was good for victims of human trafficking because carrying unwanted pregnancies would make their captors less inclined to sell them for sex.

“I don’t know where it’s coming from,” he said. “And the fact that somebody in an elected office could say something like that should disqualify them.”

Despite struggling to advance most of the legislation he sponsored during the 2022 Legislative Session, Grieco raised more than $258,000 since launching his Senate campaign through a blend of individual and corporate donors. In March and April, the last two months for which campaign finance reports are available, he outraised García, who has enjoyed strong monetary support from the Republican Party of Florida while raising nearly $550,000 through April 30.

Grieco, whose constituents re-elected him by a 25-percentage-point margin in 2020, cited a lack of similar support from Democratic donors as his main reason for quitting the SD 36 race. There aren’t enough resources to go around, he said, and while his race is near the top of the party’s list of priority contests, it isn’t high enough to attract sufficient funding.

“This is about institutional donors not being there for the party,” he said. “You’ve got the (Florida Education Association). They’ve shifted to a bottom-up philosophy where they are focusing all their money and energies on School Board races, so the FEA is not there for us. And our leader, (Sen. Lauren Book of Plantation), is going through a Primary, which has created a challenge for Senate Victory.

“That’s not a knock on Lauren, but that’s a problem. If you’re a lobbyist or an institutional donor, what are you going to do? Wait until after August? At least you’re going to wait until after the budget’s signed, which is still in the air as well. I’m 46. I have my law practice, a family. To have to get on a plane and spend another 250 days from my kid is a tough ask for anybody. (Representatives) and Senators with children, that is a true sacrifice to go up there as much as we have, with three Sessions plus committee weeks. That’ll wear on you. It’s asking a lot of the family.”