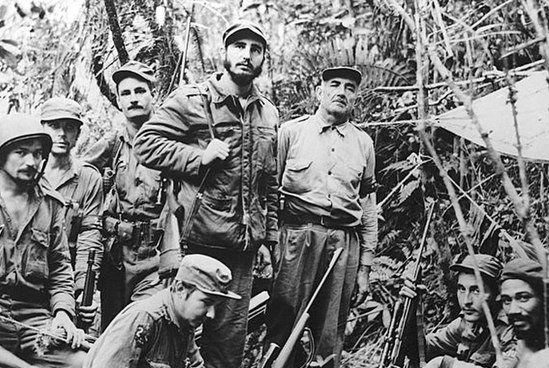 He wants to protect Americans from their narrow-minded views that slavery was bad and climate change is real.

It’s been a while since we checked in with Florida’s two brilliant and attractive U.S. Senators, Rick Scott and Marco Rubio.

First of all, they are both very upset about that terrible, horrible, no good, very bad FBI attack on Mar-a-Lago which happened for no reason other than the President took some boxes of paper with him from the White House and maybe flushed a few shredded documents down the can.

Sen. Scott said it was like the Gestapo, and it was — never mind the part about how the FBI had to present evidence and get a judge to sign off on the search warrant.

Merrick Garland better watch out: Rick Scott (he was in the Navy, you know) is gunning for him and if the Rs retake the Senate in November, Garland will be impeached and the liberal left-wing FBI disbanded and replaced with cops from Uvalde, Minneapolis, and Polk County, Florida.

Sen. Rubio was pretty cheesed off that the FBI didn’t call him before they went in, since he’s a terribly important person. He let it be known that having black-clad dudes in Oakleys rifling through Melania’s lingerie drawer means that We-the-People are no longer free.

In fact, the U.S. is now pretty much the same as Russia or Nicaragua, and what about Hunter Biden’s laptop, huh?

Marco then hit ’em with this: “Using government power to persecute political opponents is something we have seen many times from 3rd world Marxist dictatorships. But never before in America.”

Hell, no! We don’t do that kind of thing, except for that time in 1972 when Richard Nixon had his operatives break into the Democratic National Headquarters or that time right before the presidential election in 2016 when Director James Comey announced the FBI was investigating Hillary Clinton’s emails.

But our two upper-chamber gents aren’t merely lobbing charges of Banana Republicanism at Democrats. At the recent CPAC meeting, Rick Scott gave a rootin’ tootin’ slap-your-dog-and-arrest-your-undocumented-mama speech warning, “The militant Left has now taken control of our economy, our culture, and our country.”

As Sen. Scott reminds us, the libs are the “most narrow-minded intolerant people our country has ever seen.” He wants to protect Americans from their narrow-minded views that slavery was bad and climate change is real. You notice they never present the other side: It still snows and the slaves would sing in the cotton fields, happy as can be.

Intolerant lefties think our children should be free to read filthy books like “The Handmaid’s Tale,” “Slaughterhouse-Five,” and “Maus,” which may be about the Holocaust and whatever but flaunts a shameless drawing of a nude rodent.

As for the dashing Sen. Rubio, he’s always fighting for Floridians — the right kind of Floridians, anyway, maybe not the gay ones or the ones whose houses keep flooding because of that Chinese hoax. When the Democrats said they’d put forth a bill to protect marriage equality, he called it a “fake problem” and a “stupid waste of time.”

And when the Dems in charge of the Senate forced him to fly back to Washington, D.C., to vote on a “garbage bill” that does nothing but cut carbon emissions, lower prescription drug prices, make corporations pay more, and extend health care subsidies, he let his displeasure be known. I mean, the airline canceled his flight, like he was an ordinary person!

The lamestream media said he was fussing about actually having to do his job and brought up his maybe not so good Senate attendance record.

That’s unfair: He’s clearly one of those kids who legislates better from home where he can work up new insults to throw at Val Demings for having the gall to run against him and tweet Bible verses. Here’s one of my favorites (and one of Sen. Rubio’s, too!) from Proverbs 26:11: “As dogs return to their vomit, so fools repeat their folly.”

Both of Florida’s Senators toil tirelessly to stop the march of communism in this country and we should be nothing but grateful.

Rick Scott (he was in the Navy, not that he brags about it) is super upset about how you’re super upset that it costs more than 100 bucks to fill up your Escalade, to say nothing of the private jet. Tough times for decent millionaires.

So, to help out the job-creators, he wants to make America great again by taking food stamps away from undeserving poor people.

As Sen. Scott reminds us, too many are “living off the hard work of others” and “we need them pulling the wagon and paying taxes, not sitting at home, taking money from the government.”

The losers who say they can’t get a job because they have no child care or no car or not enough insulin or whatever? Stop whining for Chrissakes! There are perfectly good jobs out there picking tomatoes or building roads through pristine wilderness.

Rick Scott, who is worth a modest $300 million or so, rightly says Joe Biden is “a rich kid” who can’t possibly understand what it was like to grow up in public housing (to say nothing of joining the Navy) and work yourself skeletal bilking Medicare of $1.7 billion.

Everyone knows we spend too much on old people and people who can’t afford bootstraps to haul themselves up by, so Sen. Scott has put forth a plan to “sunset” Social Security, Medicaid, and Medicare. Let’s vote on them every five years. Your granny will need to come up with a way to justify her existence to the United States government.

Also included in Sen. Scott’s “Rescue America” plan, you’ve got important totally irrefutable facts that when the True Patriots take America back, the libs will be forced to acknowledge, including that “men are men, women are women, and unborn babies are babies.”

Let’s see you argue with that, Commies!

As for Sen. Rubio, whose Twitter page proclaims him a “Christian, Husband, Father, AMERICAN, Senator for Florida, BANNED in China & Russia,” he’s hard at work on his phone, letting us all know that “the far left dominated democrat party wants to manage American decline,” the Chinese aren’t very nice, and the Pentagon is focused on drag queen shows instead of missiles.

Here’s a favorite tweet from a couple of weeks ago: Jeremiah 18:15: “Yet my people have forgotten me: They offer incense in vain. They stumble off their paths, the ways of old, traveling on bypaths, not the beaten track.”

Beautiful. Also profound. Lock and load that incense and stay off the bypaths that could lead you to Sodom or, worse, to the Democratic Party. And remember, God still cares about us — some of us, the ones who agree with Sen. Rubio, anyway.

previousJoe Henderson: GOP Primary in CD 13 is getting down and dirty