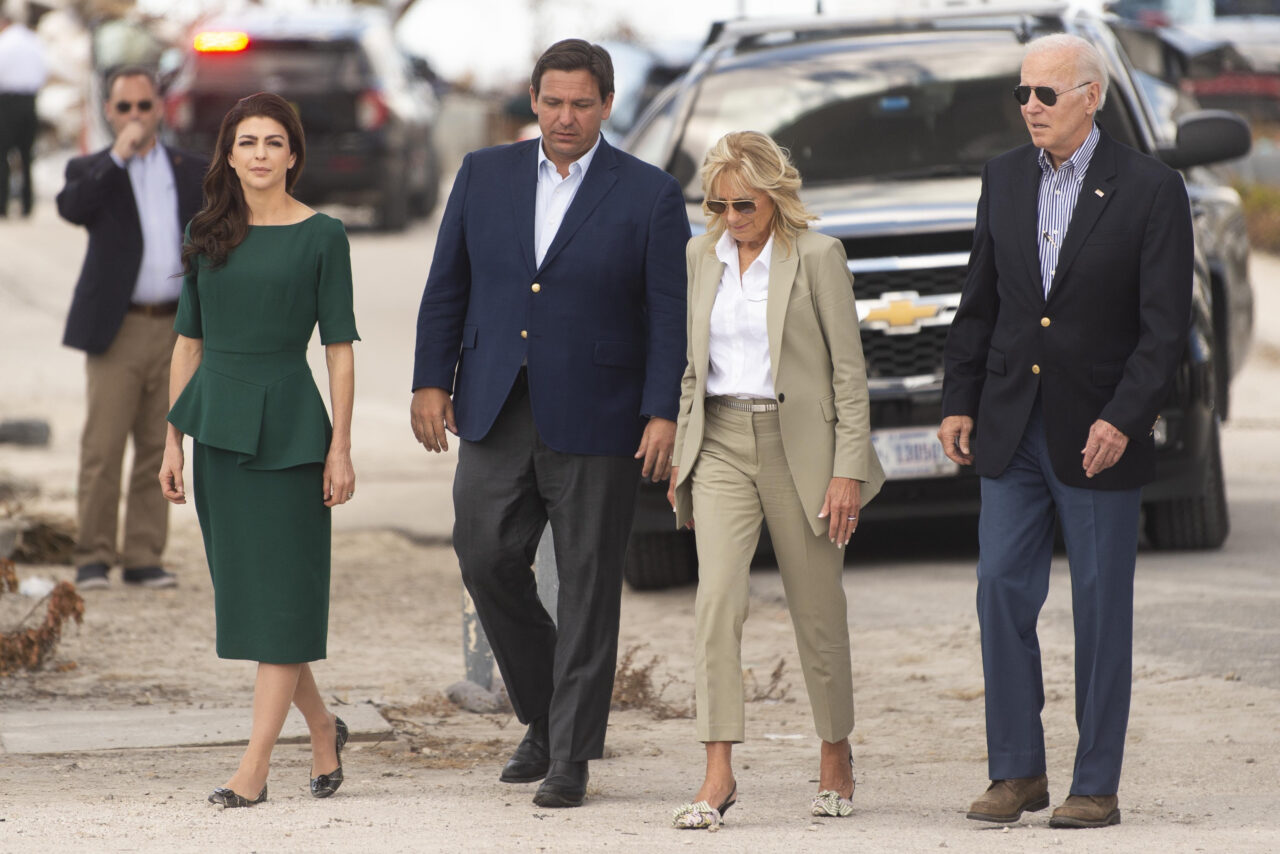 Joe Biden essentially ended the intellectual argument for any swing or undecided voters to pick Charlie Crist over DeSantis.

The 2022 race for Florida Governor is officially over.

There, I said it.

As one of the most prominent allies of former U.S. Rep. Charlie Crist, it breaks my heart to write that. And because my wife was once one of Crist’s most loyal aides-de-camp, it probably will get me in trouble around the house.

But my ultimate job in Florida politics is to call balls and strikes, and I pride myself on making tough calls even when they go against what I personally want or believe.

That’s why, in 2015, we published the first poll showing Donald Trump leading Jeb Bush. That’s why, in 2016, we predicted Trump would defeat Hillary Clinton in the Sunshine State. And that’s why, in 2018, I was the first (and one of the only) pundits to forecast that Ron DeSantis and Andrew Gillum would win their respective Primaries.

It’s worth noting that I’ve also made some boneheaded predictions, such as that Gillum would beat DeSantis. But, like in baseball, batting .300 can make you an all-star.

It doesn’t take being a scientist at SpaceX to recognize DeSantis will defeat Crist in November. All of the data — DeSantis’ massive fundraising advantage, the Florida GOP’s voter registration surge, all polling — point to a DeSantis win probably greater than the 3.5 points Trump defeated Joe Biden by in Florida in 2020.

My job here is to play medical examiner and, in this case, that means declaring the race dead.

What’s interesting is the cause and time of death: The words of President Biden, sometime in the early afternoon on Tuesday, Oct. 5.

“I think he’s done a good job,” Biden told reporters, offering his assessment of DeSantis’ response to the devastation wrought by Hurricane Ian. POTUS then added, “We have very different political philosophies, but we’ve worked hand in glove.”

I don’t know where Crist was at the moment Biden’s words made it into the political atmosphere, but I imagine the blood drained from his tanned face.

As Florida Politics reporter (and Southwest Florida resident) Jacob Ogles noted instantly, with those words, Biden all but endorsed DeSantis, white boots and all, for re-election — even if he didn’t mean or want to.

While there are still major policy and attitudinal differences between DeSantis and Crist, the Democratic President of the United States essentially ended the intellectual argument for any swing or undecided voters to pick Crist over DeSantis.

If you are the DeSantis campaign, with more money than Crassus, you quickly cut a digital ad that highlights Biden’s words and put it on repeat on MSNBC.

It’s probably no coincidence that, also on Tuesday, it was announced the only scheduled debate between DeSantis and Crist is postponed while the Governor leads the state’s disaster response efforts.

At this point, what is the point of them debating?

Of course, again, DeSantis’ supporters will respond to this assessment of the finality of the race as me playing Captain Obvious. After all, the most recent Mason Dixon poll showed DeSantis leading Crist by double digits.

Even if the race were closer and even if Biden had not offered a ringing endorsement of DeSantis’ response, the evidence on the ground in Southwest Florida is clear: the state’s response to Ian has been nothing short of Herculean.

Sure, DeSantis has been occasionally snippy with the national media. And, yes, there are questions to be answered about why some local officials did not do more to warn their constituents about the possible danger from the hurricane. But overall, the restoration efforts are impressive.

If nothing else, THE STATE BUILT A TEMPORARY BRIDGE TO A CUT-OFF ISLAND IN THREE DAYS!

That’s right, a bridge was built in the time it takes to get your dry cleaning returned. Put that on loop for the rest of October.

For his part, Crist made two major mistakes in the General Election campaign. The first was selecting Karla Hernández, who added very little to the ticket while quickly becoming a lightning rod for controversy. Not that Crist had many good options for his LG pick, thanks to Florida’s resign-to-run laws preventing any prominent elected officials from running for statewide office without giving up their current platform.

The second mistake Crist made, and this is definitely in hindsight, was resigning early from Congress. His reason for resigning was not without merit — it was a necessary move to tap the power of the three-pack advertising machine, which allows state party operations to run ads that technically support three candidates, but functionally only support one. But there’s a major disadvantage to it: Crist has not been able to play an official role in the response to Hurricane Ian.

Were Crist still in Congress, he would have been at the POTUS visit to the region yesterday. I’m told Biden specifically asked for Crist to be there, but with Crist no longer in the U.S. House, there was no official reason for him to show up.

And so, now all that is left is to see what kind of margin of victory DeSantis earns.

And what assessment do we make of Crist’s political career?

To use football metaphors to answer both questions, I think the spread has to be DeSantis by at least a touchdown. And Crist is the Jim Kelly-led Buffalo Bills of the 1990s.

Like those Bills, Crist will have lost the big game four times (’98 and ’10 U.S. Senate bids, ’14 and ’22 gubernatorial bids). Now, unlike Kelly, Bruce Smith and Thurman Thomas, Crist won a ring (2006 Governor’s race) and has been a decent and effective member of Congress. And I’m not sure he couldn’t win a Democratic Primary in 2024 to face-off versus Rick Scott.

Whether you think Crist has been a great politician is probably akin to how folks feel about the Bills. Do four Super Bowl appearances make you great? Well, Kelly, Smith, Thomas and Reed are all NFL Hall of Famers despite their losses, so maybe Crist can find comfort in that.

Crist played the game as well as he could. As someone who has followed his political career from his very first bid for the Florida Senate, I can honestly say he is a better, more thoughtful, more empathetic politician today than at any point in his career. Had he not gotten bit by ambition to be Vice President, he likely would have won another Super Bowl, err, election; had he not been distracted by his ex-wife, Carole, who tarnished his feel-good brand, he probably could have won in 2014 versus the unpopular incumbent.

But that’s all armchair quarterbacking.