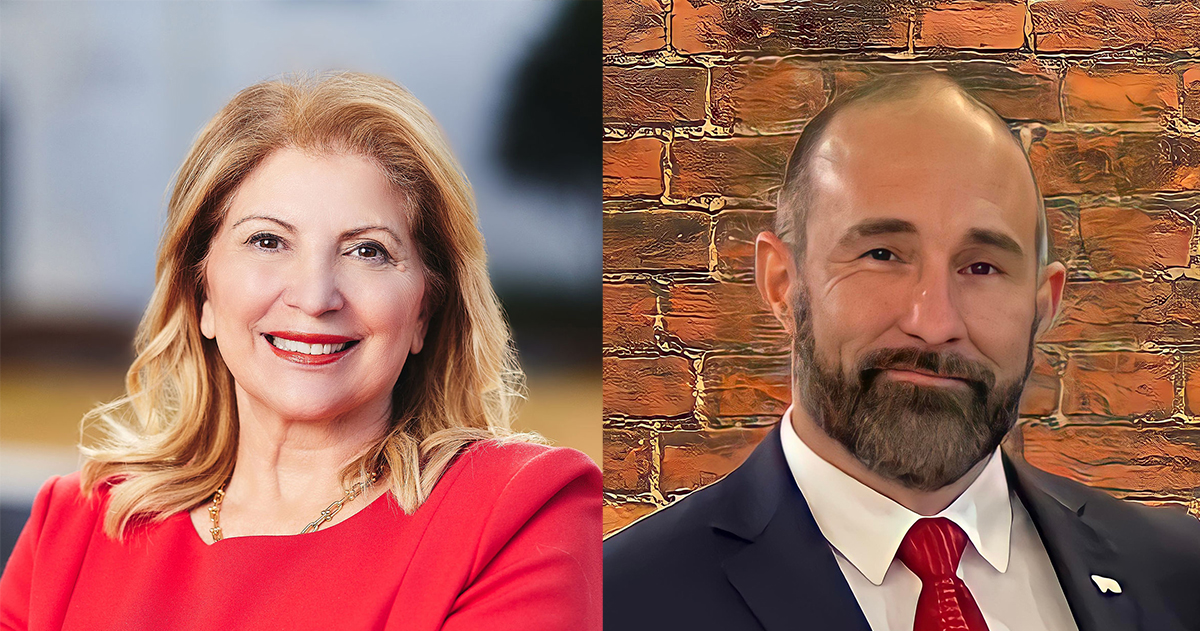 The pair are facing off in one of the most competitive legislative races in the state.

Sen. Janet Cruz is fighting to keep her seat in one of the most competitive legislative races in the state: the battle for Senate District 14.

Her challenger: Republican veteran Jay Collins. The Green Beret quickly gained momentum after entering the contest in June, bringing with him a congressional war chest and useful GOP support.

The seat itself is competitive. Redistricting has painted SD 14 deep purple — Democrats narrowly outnumber Republicans by roughly 5,000 voters. By the numbers, the district is made up of 122,585 registered Democrats (36%), 116,224 registered Republicans (34%), and an additional 105,322 nonpartisan or third-party voters (31%).

The cutthroat nature of the district is not new to Cruz. She first took the Senate seat in 2018, unseating then-incumbent Republican Sen. Dana Young by only 411 votes — determined after a manual recount.

Now, she’s the one fending off a newcomer.

Each has received substantial support from their respective parties as well, with Democrats desperate to retain the Senate seat and Republicans eager to take it back.

Collins’ campaign has reported over $291,000 worth of in-kind contributions from the Florida Republican Senatorial Committee, which provided polling, consulting and campaign staff. In two weeks alone, the party provided Collins with $130,764 worth of services.

Cruz’s campaign, on the other hand, has reported over $235,000 worth of in-kind contributions from the state Democratic party.

While Collins has chosen to highlight his service as a Green Beret in his campaign messaging, Cruz has honed in on abortion rights. In several ads, she criticizes Collins over GOP-driven policies restricting abortion access.

And that strategy may be beneficial in a district where female voters outnumber males by about 20,000 individuals, according to L2 data. Democratic women make up the largest voting block of the district with 72,884 voters, followed by Republican men, which make up 59,787 voters.

The 2020 election has given some insight into how that third bloc may vote, showing a small blue-lean. About 51.25% of voters under the new SD 14 lines favored Democrat Joe Biden in the 2020 Presidential Election while 47.33% voted for Republican Donald Trump.

Collins boasts an endorsement from favored Gov. Ron DeSantis, as well as support from Senate President-designate Kathleen Passidomo, the Tampa Police Benevolent Association and the Florida Chamber of Commerce.

The pair will face off for the Tampa-based district on Nov. 8.

nextWinner and Loser of the Week in Florida politics — Week of 10.30.22