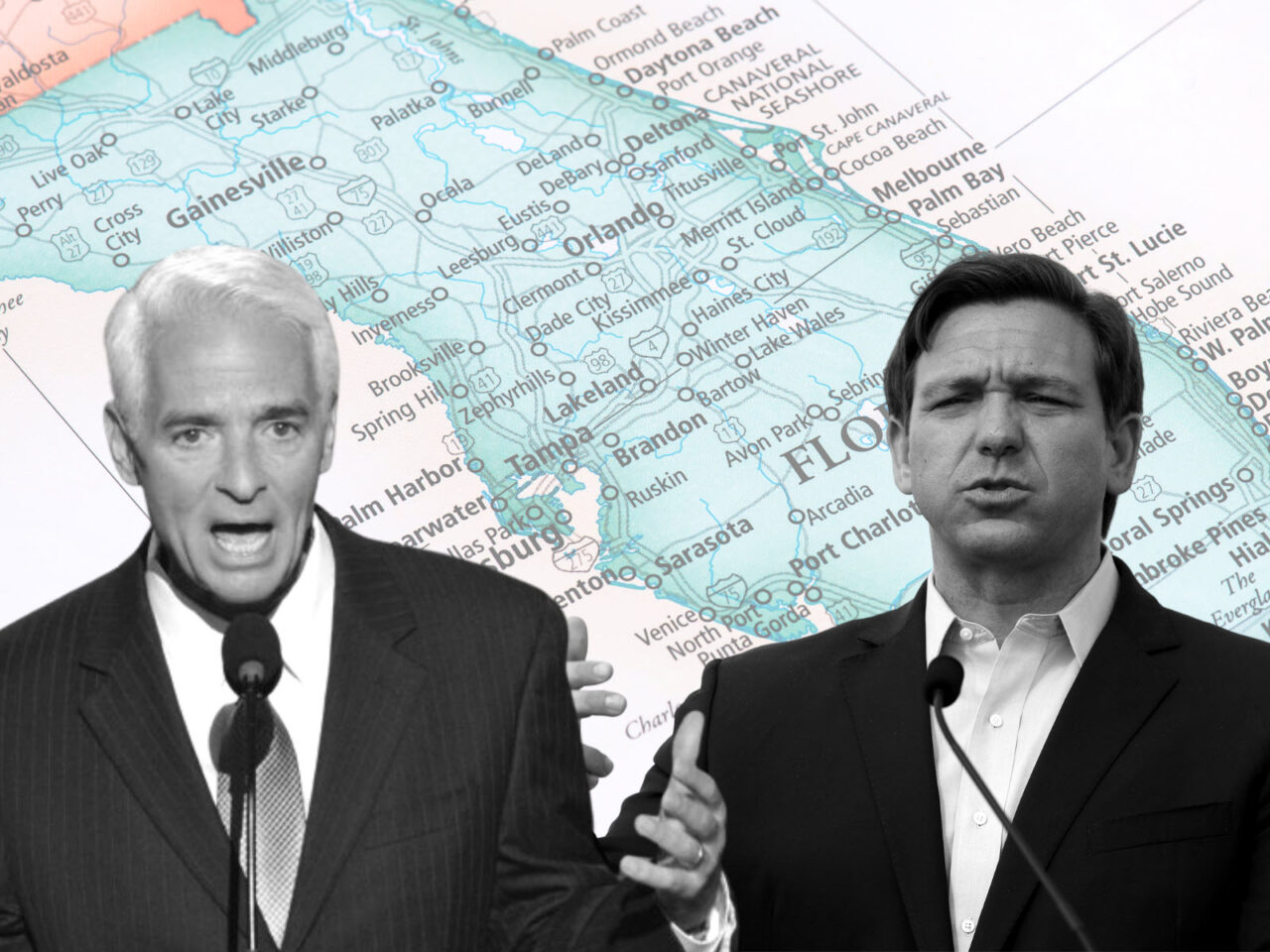 A public health emergency and a natural disaster helped set the narrative during a dramatic gubernatorial campaign.

The last time Charlie Crist won statewide office, he led by 6 percentage points and secured a term as Governor. Ron DeSantis, by comparison, won his term leading Florida’s state government by 0.4 percentage points after a machine recount. But when the two face one another on Nov. 8, most pollsters and analysts expect a blowout as DeSantis seeks a second term.

With the caveat that anything could happen, the gubernatorial contest in Florida vividly shows the dramatic changes in Florida politics over a decade and a half, including a transformation DeSantis has largely led in the past four years.

It has been quite the ride for the sitting Governor. He won his first term in 2018 as an underdog, polling behind Democrat Andrew Gillum straight into Election Day before stunning with a 32,463-vote margin of victory.

That was actually DeSantis’ second come-from-behind win of the year, as the Congressman, virtually unknown at the time outside his Northeast Florida district, upset Adam Putnam in the Republican Primary largely thanks to an endorsement from then-President Donald Trump.

Yet he quickly garnered favor with voters by embracing broadly popular and bipartisan actions like Everglades restoration and pardoning the Groveland Four. He also kept conservatives content with a series of Florida Supreme Court appointments, and four years into his term, he significantly reshaped a court that for decades had remained the only liberal-leaning branch of Florida’s government.

But the true shift in DeSantis’ political trajectory would begin in March 2020, when the first test came back positive on a patient with a coronavirus infection. A global pandemic reached Florida’s shores, and national attention immediately fell on the nation’s third-most populated state as it addressed the situation.

At first, consensus sentiment pressured DeSantis to close down beaches. DeSantis in fact did so, and ordered a lockdown of businesses statewide in April that year. But as the state began reopening faster than many other Democratic-led states, DeSantis developed a national reputation as a skeptic of COVID-19 lockdowns and began rebranding the state as the “Free State of Florida.”

It’s that reputation that served as a theme to DeSantis’ re-election efforts this year. And based on the number of Republicans who relocated to Florida since 2020, the economically focused approach to managing a public health emergency also helped to dramatically reshape the state electorate along the way.

It also turned DeSantis into a presidential contender, with many observers in the state and nation presuming he will run for the White House in 2024 if he wins re-election on Tuesday.

But the laissez-faire approach to public health, combined with a zeal for right-wing culture war policies that grew with DeSantis’ profile, also gave fodder to critics.

Crist spent much of 2021 attacking DeSantis over Florida’s high death toll from the pandemic. This year, Crist critiqued the Governor over signing a 15-week abortion ban with no rape or incest exceptions, approving a parental rights law dubbed by LGBTQ advocates as the “Don’t Say Gay law,” and a reluctance to call out Nazi demonstrations appearing with disturbing frequency.

Of course, the fact that Crist now serves as the face of the Florida Democratic Party says as much about Florida’s shift in politics as DeSantis’ lurch toward right-wing politics. Crist, after all, won his first term in the Governor’s mansion as a Republican in 2006, a victory that followed successful runs for Attorney General and Education Commissioner as a GOP nominee.

For most of Crist’s political life span, whether as a Republican state Senator from Pinellas County or as a once-considered prospect to be Republican presidential candidate John McCain’s running mate, his name appeared with an “R” on the ballot.

That started to change when the moderate came out in support of Democratic President Barack Obama’s infrastructure spending in 2009. Crist famously embraced Obama at a Fort Myers rally in a show of bipartisanship that quickly thrust the Governor into disfavor with the conservative base.

When Crist decided to run in 2010 for U.S. Senate, a former state Speaker named Marco Rubio bet on an uprising in the GOP Primary. A series of straw poll losses prompted Crist to leave the Republican Party and run for Senate as an independent. Rubio eventually won the Senate seat he holds to this day.

Crist ran for Governor again in 2014, then as a Democrat, and tried to unseat Republican Gov. Rick Scott. But Crist lost by a single percentage point. Still, he built enough favor in his new political party to win a seat in Congress in 2016, defeating GOP incumbent David Jolly.

Last year, Crist announced he would again run for Governor, this time with his sights on DeSantis. That meant facing Agriculture Commissioner Nikki Fried in a Democratic Primary. Crist ultimately defeated her handily in an August Primary, but expended millions to secure the Democratic nomination.

Any hope national donors would jump in once a nominee became clear fizzled quickly. DeSantis amassed a 21-to-1 fundraising advantage over Crist less than a month from the General Election.

At the same time, Crist has seen Obama and President Joe Biden openly and actively campaign for him in the Sunshine State. Meanwhile, Trump, the most prominent leader of the GOP nationwide, failed to invite DeSantis to a rally in Miami days out from Election Day, and the Governor will be campaigning on the other side of the state while most political figures share a stage with Trump in Miami.

None of this necessarily matters as far as the Nov. 8 election outcome, any more than last month’s debate performance.

If any news has more significantly shaped the narrative, it was Hurricane Ian’s landfall in Southwest Florida on Sept. 28. DeSantis quickly diverted attention to recovery from one of the largest storms to ever hit the state, and even embraced cooperation with Biden as far as delivering national resources to hard-hit communities. Polls show voters, even those who don’t plan to vote for DeSantis, view his job performance after the storm positively.

They also show the incumbent winning over Crist by double digits. Moreover, Republican voters quickly overtook Democrats in returned ballots shortly after in-person early voting started in the state. As DeSantis and Crist both know, Florida politics can shift as fast as the course of a hurricane. But there’s little time for the climate to change before polls close on Nov. 8.

previousFate of the Senate runs through Loranne Ausley, Corey Simon race in SD 3