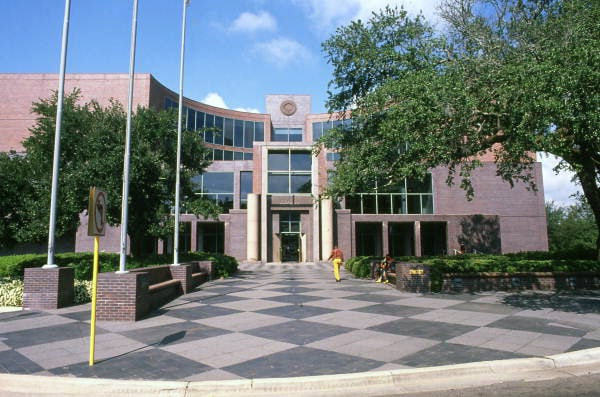 From COVID-19 to redistricting to road rage incidents, Tallahassee politics stories ran the gamut this year.

From local news to state news and even federal news, Tallahassee was home to several major political news stories from 2022.

Florida’s red wave year proved to be a major year for Tallahassee, with political struggles between the city’s rural outskirts and its urban core. Political fights in Tallahassee played out in the Legislature, at the ballot box and in court.

While Tallahassee was rife with stories about crime, mold and radon on Florida State University’s campus and even Ghislaine Maxwell’s sentence to federal prison in the city, this Top 10 list focuses on political stories from the Capital City.

Ryan Ray, aide to Tallahassee City Commissioner Jeremy Matlow, was elected Chair of the Leon County Democratic Executive Committee, taking over at a time of uncertainty for the party.

Ray, a progressive who was previously a reporter for Florida Politics and other publications, will serve a two-year term and will play a key role in developing challenges to U.S. Rep. Neal Dunn and State Sen. Corey Simon. The two Republicans knocked Democrats Al Lawson and Loranne Ausley from their respective seats.

Ray’s victory also marks a win for Tallahassee’s progressive wing after some viewed the 2022 Election as a rebuke of liberal politics.

Caban and Crow engaged in a hard-fought race after Commissioner Jimbo Jackson died in May from complications related to long COVID. After Crow, a Fort Braden resident, emerged as the top vote-getter during the Primary, Caban, a Tallahassee-based businessman, won with 54% of the vote in the General Election.

The fight for District 2 was highly politicized. Crow’s social media history came to light, showing the registered Republican’s history of elevating misinformation, including posts relating to COVID-19. Meanwhile, she accused Caban of switching his party affiliation from Republican to Democrat to run for office in the blue county.

Now Caban, an entrepreneur who is part of the team redeveloping the Governor’s Inn, will have to reach out to a community long accustomed to immediate representation on the Commission.

The suit, filed on behalf of six undergraduate and graduate students in Tallahassee, alleges the state shortchanged FAMU more than $1.3 billion over 33 years since 1987. They argue the state university system maintains a racially segregated higher ed structure, placing Historically Black Colleges and Universities (HBCUs) at a disadvantage.

The lawsuit follows a $577 million settlement Maryland paid out last year over a 15-year-old federal lawsuit accusing the state of providing inequitable resources to its four HBCUs.

Dailey was re-elected 53%-47%, securing a second term leading the Capital City. However, his re-election was never certain after Dozier launched a challenge from his left that garnered significant support.

Dozier, a three-term County Commissioner, focused much of her campaign on Dailey’s support for a measure to spend $27 million on improvements to Florida State University’s Doak Campbell Stadium. Meanwhile, Dailey accused Dozier of coordinating with “dark money” groups during the campaign.

Dailey became the first Mayor of Tallahassee to not win re-election outright by securing a majority in the Primary since 1997, the year Tallahassee began directly electing Mayors. Moreover, Dozier was the top vote-getter in the Primary, becoming the first challenger ever to receive more votes than an incumbent Tallahassee Mayor during the Primary in the direct-election era.

Tallahassee began with an explosive start to 2022 that saw a state official die in a road rage incident he incited.

Florida Politics reported that John Kuczwanski, the Legislative Affairs Director for the State Board of Administration, died Jan. 6 in a shootout he began after crashing into a Toyota Prius. The Leon County Sheriff’s Office took one person into custody in the shooting, but that person was later released without charges.

Sources said the incident began after Kuczwanski’s BMW drifted out of its lane while heading north on Thomasville Road. That’s when his BMW hit the Prius. After both cars pulled into a parking lot, the driver of the Prius confronted Kuczwanski about hitting him. The Prius’ driver then returned to his car to wait for law enforcement’s arrival after confronting Kuczwanski. That is when Kuczwanski rammed his BMW into the Prius on the driver’s door and began pushing the car sideways in the parking lot.

Kuczwanski then shot a gun at the white Prius. The Prius driver drew a gun and fired back into the windshield of Kuczwanski’s BMW. Kuczwanski was hit and killed, according to the sources.

The road rage incident was Kuczwanski’s second — at that same intersection.

Tallahassee Rep. Ramon Alexander could have been the current House Democratic Leader. But the three-term lawmaker left public life after being accused of sexual harassment.

Alexander was accused of sexting and groping by a former Florida A&M University athletics employee, who left the school in January after what the Tallahassee Democrat reported was an “ugly” staff shakeup. While Alexander, a husband and 38-year-old father of two, said it was a consensual relationship and something his family has been working through, accuser Michael Johnson Jr. filed complaints in February. Florida Politics reported the complaint in May, and three days later, Alexander announced he would forgo a fourth term.

In recent years, Democratic legislative leadership has been a revolving door in both chambers, with leaders running for higher office or becoming forced out. In Alexander’s case, House Democrats designated him their future Leader after Rep. Ben Diamond, the original Leader-designate for the 2022-24 term, announced a congressional campaign. Less than a year later, Alexander was accused of inappropriate behavior, and current Democratic Leader Fentrice Driskell ascended to replace him.

Alexander’s downfall also led to a new open seat, filled by Rep. Gallop Franklin II. The Democrat from Tallahassee emerged victorious after a five-way Primary and a General Election blowout.

Jackson died at 55 from the lingering effects of a COVID-19 infection. He served 30 years in the school system — the last 14 as principal at Fort Braden School — and nearly six years on the County Commission.

Jackson caught COVID-19 in July 2020, in its first wave locally and before vaccinations were available. His wife, two stepsons and disabled brother were also stricken.

The principal and Commissioner was never hospitalized, but long-term fibrosis did leave him with a chronic cough and lowered oxygen levels. He could no longer run after the initial infection, but continued to work until four days before he died.

Despite a decade of growth across Florida’s I-4 Corridor, the battle over Florida’s congressional maps hinged on North Florida and Tallahassee this year.

Under court-drawn maps from 2015, North Florida housed a minority access district that coiled from Tallahassee to Jacksonville. Despite the Florida Senate’s plans to preserve a similar district, Gov. Ron DeSantis criticized the district as unconstitutional, forcing the Legislature to erase the district.

The new map, which awaits a court review, pitted incumbents Lawson and Dunn against each other in a new 2nd Congressional District. Dunn ultimately defeated Lawson 60%-40% in the new district, which lends Republicans an advantage.

Lawson called the fight over the constitutionality of Florida’s map a personal one. He helped lead the push to establish minority access districts in Florida. Plus, he viewed DeSantis’ opposition to the district as a personal affront.

On the campaign trail in Gadsden County, Florida’s only majority-African American county, Lawson told members of the Havana community that DeSantis “has a problem with people of color.” The Congressman believes that drove DeSantis to force the Legislature to rework their plans for the congressional map.

“He wanted to change it because he didn’t want an African American to represent this area where slave owners, sharecroppers lived, from Jackson County all the way down to Duval County,” Lawson said. “They stayed in those areas and were not represented until I got there.”

As Republicans completed their red wave across Florida on Election Night, Simon unseated Ausley from her North Florida seat.

With Simon’s 53%-47% win, Republicans control 28 Senate seats, one greater than a supermajority.

The campaign arms of both the Senate Republican and Democratic caucuses targeted Senate District 3 as a key seat. The Florida Republican Senatorial Campaign Committee spent heavily in the district, as did Democrats’ Senate Victory campaign — which sponsored its first-ever bus tour in part to carry Ausley across the finish line. However, Democrats’ Hail Mary proved too little, too late.

Rumblings about Ausley’s vulnerability began in 2020. And this year, some, like Tallahassee-based Democratic consultant Matt Isbell, predicted Simon would unseat Ausley.

Controversies overshadowed much of the race. Republicans repeatedly hammered Democrats for running what some allege is a racist mailer. Meanwhile, Democrats tried bringing attention to Simon’s stance on the 2020 election based on his refusal to call President Joe Biden the “duly elected” President.

Despite Simon’s newness to politics, Senate President Kathleen Passidomo tapped him to lead the Senate PreK-12 Education Committee, giving him a key role in crafting Senate policy for the next two years.

No recap of Tallahassee politics in 2022 would be complete without mentioning the arrest of former Mayor Andrew Gillum.

The 2018 Democratic nominee for Governor and a long-time campaign associate, Sharon Lettman-Hicks, were indicted in June on wire fraud charges and more. Federal prosecutors accused the pair of funneling campaign donations to personal projects.

Many of the accusations surround events dating back to Gillum’s time as Mayor of Tallahassee. Others continued into his gubernatorial campaign.

Gillum pleaded not guilty to the charges. He faces up to 20 years for each charge for wire fraud and conspiracy to commit wire fraud. Gillum also faces up to 5 years for making false statements to FBI agents.

In the latest Gillum news, a federal judge refused to dismiss the charges and rejected his claim that he is a victim of selective prosecution as a Black gubernatorial candidate.

previousHere are the Top 10 most important political stories in Jacksonville & NE. Fla. in 2022