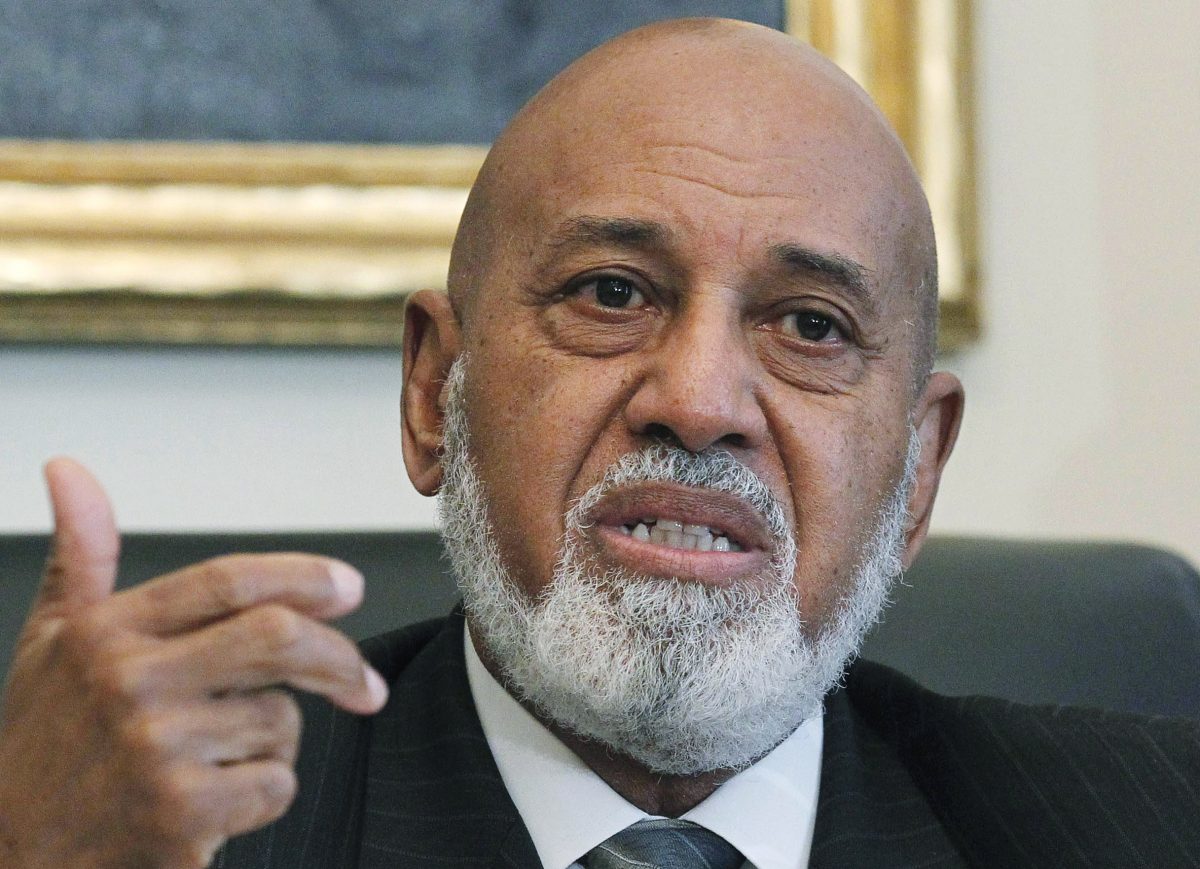 The winner of Tuesday's Democratic Primary will be the heavy favorite in the Jan. 11 Special General Election.

The seat in Florida’s 20th Congressional District, formerly held by the late U.S. Rep. Alcee Hastings, won’t be officially filled until the Special General Election on Jan. 11. But Tuesday night’s Primary Election could be seen as the de facto end of the race, as the Democratic nominee will be heavily favored in the left-leaning district.

It’s anything but clear who voters will select in the 11-person Democratic Primary. Five current elected officials are running. One candidate has loaned her campaign millions of dollars. And in a packed field during a likely low-turnout election, anything can happen.

Former state Rep. and Palm Beach County Commissioner Priscilla Taylor is also running. Trinity Health Care Services CEO Sheila Cherfilus-McCormick, who challenged Hastings in the 2020 CD 20 Democratic Primary, is running once again. She has spent around $1.8 million during her run, much of which came out of her own pocket.

The race stands out not just for the fact that it’s a rare Special Election for one of Florida’s 27 — soon to be 28 — congressional seats. The 84-year-old Hastings was Florida’s longest-serving member of Congress at the time of his death and was seen as a trailblazer in the Black community.

He worked as a civil rights lawyer in the 1960s alongside W. George Allen — the first Black man to graduate from the University of Florida law school. In 1979, President Jimmy Carter appointed Hastings to the federal bench, making him the first Black federal judge in Florida’s history.

Accusations that Hastings took a bribe ended his career as a judge after Congress impeached him. But he found redemption in winning a congressional seat in 1992. Alongside Corrine Brown and Carrie Meek, the three were the first Black Congress members hailing from Florida since Reconstruction.

That leaves large shoes to fill inside CD 20. The district spans Broward and Palm Beach counties and several majority-Black areas near major cities such as Fort Lauderdale and West Palm Beach.

Sharief and Hardy have courted support from major publications in the region. The Miami Herald and Palm Beach Post editorial boards backed Sharief, while the South Florida Sun-Sentinel editorial board endorsed Hardy.

Sharief is seen as a more moderate candidate. Her experience as a nurse resulted in a last-minute ad buy from 314 Action Fund, which supports doctor and scientist candidates. EMILY’s List — a national organization aimed at helping elect Democratic women who support abortion rights — also endorsed Sharief and carved out a last-minute five-figure ad buy.

That latter endorsement was paired with a $5,000 from EMILY’s List, part of a large influx of cash in the campaign’s closing days. A report submitted Friday to the Federal Election Commission also showed the Elect Democratic Women PAC donated $25,500 to Sharief. Women members of Congress founded that group, and U.S. Rep. Lois Frankel chairs the organization.

While Sharief has positioned herself as a moderate choice, Hardy has staked out a more progressive stance, building on his reputation he developed as a state House lawmaker and Lake Worth Beach City Commissioner.

Like most of his fellow Democrats, Hardy backs much of President Joe Biden’s legislative agenda, though he has called for additional investments at times. He has also outright broken with his Democratic counterparts, perhaps most notably on the issue of Israel. Hardy says he supports the Boycott, Divestment, Sanctions (BDS) movement, which targets those actions toward Israel in order to pressure the nation to change its policies regarding Palestinians.

“As an idealist I have to believe there is nothing incompatible about supporting Israel’s right to exist and Israel’s right to defend itself and also supporting the inalienable right of the Palestinians, which are grounded not just in humanity, but also international law,” Hardy said, according to a report from the Sun-Sentinel.

That’s led to criticism from U.S. Rep. Debbie Wasserman Schultz and Alcee Hastings II, the son of the former lawmaker. But Hardy — who originally opposed BDS before he said he became more educated about the issue — is standing by his newfound support for the movement.

“I refuse to politicize human rights,” Hardy told the outlet Jewish Currents. “This isn’t about politics. It’s about right and wrong. I’m happy to have done the right thing morally, even if it was the wrong thing, politically. And if we lose on Nov. 2 by a handful of votes because of my position on BDS, I will rest easy.”

Hastings II has endorsed Holness in the contest, as did the SEIU. On Saturday, Holness also reported a new batch of large donations totaling nearly $67,000. That included a $2,900 from Coral Gables megadonor Barbara Stiefel. Miami Heat Owner Micky Arison, who made his fortune with Carnival, also donated $1,000.

Early polling showed Holness and Thurston were the favorites in the race, though with so many candidates in the contest, that early support was never a guarantee.

Of the nonelected officials, Cherfilus-McCormick has made the most noise thanks to her penchant for self-funding. That has led to a consistent ad presence. She also has courted endorsements from the Communications Workers of America and the progressive group Brand New Congress, among others.

But the size of the field — which also includes Rep. DuBose and former Rep. Taylor — combined with low turnout makes it unclear who is favored come Tuesday.

Republicans Jason Mariner and Greg Musselwhite will also duke it out on the Republican side. But whichever candidate emerges will have an uphill battle come Jan. 11. According to the Cook Political Report’s Partisan Voter Index, the district leans Democratic by 28 percentage points.

That puts the spotlight on the Democratic side, where the winner will be the favorite to build on Hastings’ legacy and — with the seat likely to remain in Democratic hands even after redistricting — have time to create a legacy of their own.