The school masking saga isn’t over. House PreK-12 Appropriations Subcommittee Chair Randy Fine sparred with Democrats on Wednesday over a proposal he unveiled last week to shift funding away from the 12 school districts that defied the state’s anti-mask mandate policy. The so-called “Putting Parents First Adjustment” docks a collective $200 million from the pay of administrators making more than $100,000 annually and uses those dollars to boost funding for the remaining 55 districts. The adjustment comes within the Florida Education Finance Program portion of the broader $17.6 billion the House wants to spend on preK-12 education during the coming fiscal year. Democrats blasted the measure as punitive, arguing that withholding funds only harms school districts’ ability to educate students. Fine rejected that characterization, instead saying the plan holds administrators accountable. Here’s your nightly rundown.

Done deal. The House could vote on the Senate’s version of a bill (SB 7014) extending COVID-19 liability protections as soon as Thursday.

‘Free kill’ killed. A Senate bill (SB 262) that would allow families to file medical malpractice lawsuits against doctors or hospitals when the victims are adults is all but dead.

Blockchain bill. The Senate Appropriations Committee advanced a bill (SB 486) that defines how cryptocurrencies could be sold or traded by Florida money services companies.

Eight is enough? The House scrapped plans to eliminate school board member pay from an education bill (HB 1467), but it will vote on term limits for members.

Greenlight. A bill (SB 410) allowing for camera enforcement of school zone speed limits hit a couple of bumps as it rolled through its final Senate committee.

Sleight of hand? Pinellas County commissioners pushed back on a bill (HB 7061) that would put single-member seats up for election in 2022 — a measure that would exclusively affect the coastal county.

Call to arms. Inaction on an open carry bill (HB 103) this Session led to a war of words between two House Republicans.

Make it a double. A Board of Education report shows nearly 4,500 teacher vacancies statewide and expects it to hit 9,000 by the end of the year. 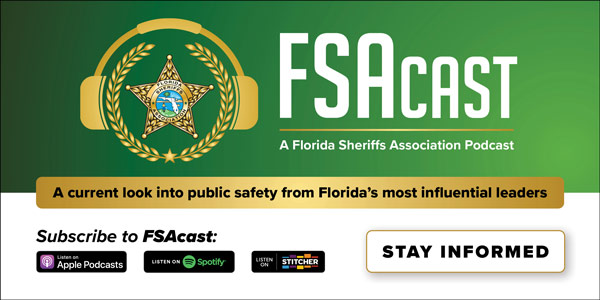 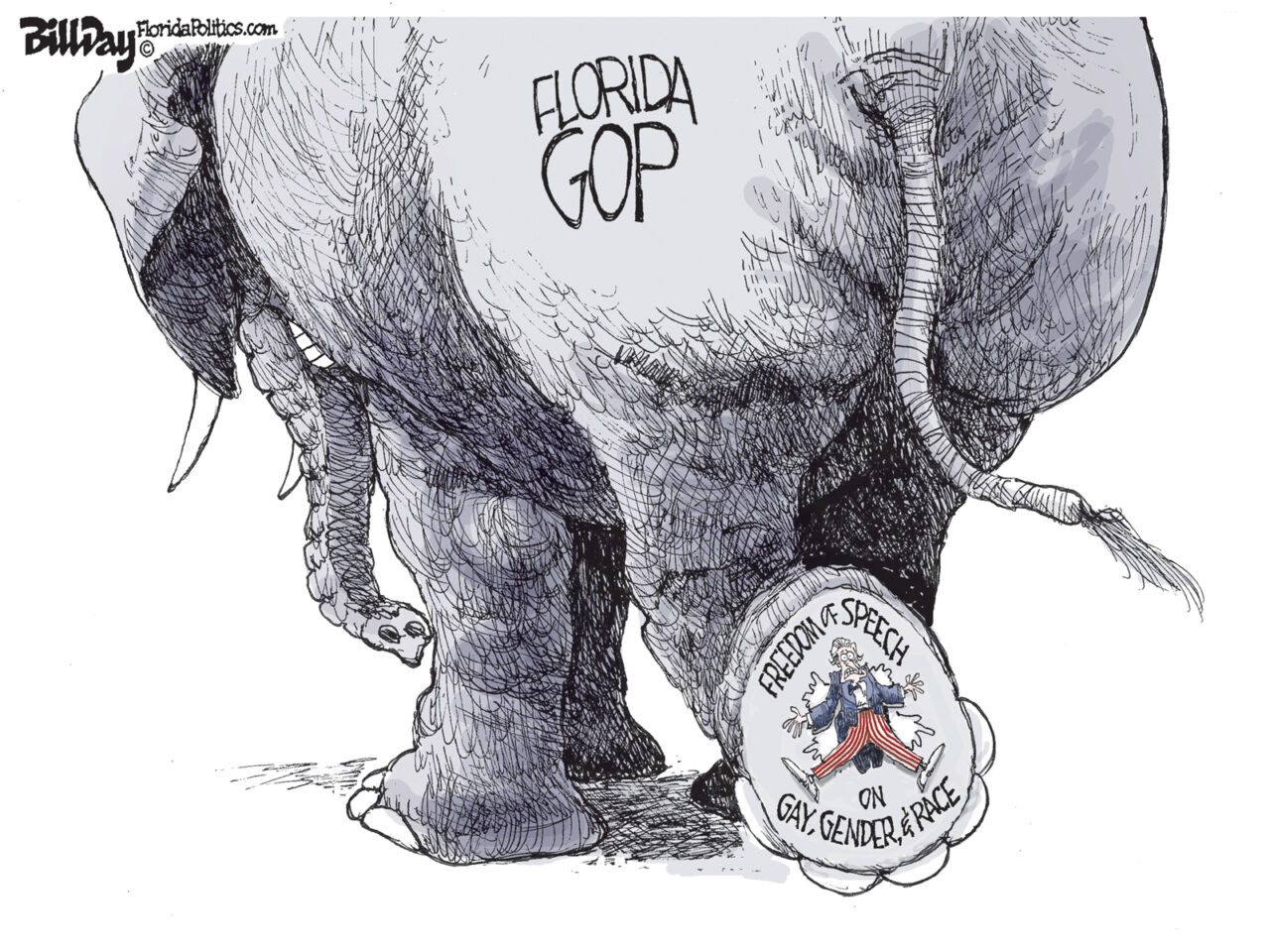 Combined, the artists have 43 Grammy Awards and 22 No. 1 Billboard albums to their names, making the lineup the most decorated in halftime show history. A trailer for the halftime show has garnered 14 million views on YouTube in less than a month.

The performance comes as the NFL has received national attention for allegations of racial discrepancies in their hiring of coaches amid a class-action lawsuit filed by former NFL Head Coach Brian Flores.

C. Keith Harrison is a professor of Business/Hip-Hop and Sport in the UCF College of Business and the chief academic officer for the DeVos Sport Business Program. The program is nationally known for producing racial and gender report cards with The Institute for Diversity and Ethics in Sport that assess the hiring practices of the NFL and many other professional sporting leagues.

Florida Politics spoke with Harrison about the significance of this year’s halftime show and how it marks a shift in how American sports leagues brand themselves.

Q: What is the historical significance of a rapper and hip-hop icon like Dr. Dre headlining this year’s Superbowl halftime show?

Harrison: I have West Coast origins. I grew up in a city called Gardena. It is nestled in between Compton, where Dr. Dre is from. Compton is also where Kendrick Lamar, another one of Sunday’s performers, is from. I’m three years younger than Dr. Dre. I can remember how they were selling tapes, cassette tapes out of their cars and were not wealthy individuals. How did something go from two turntables and a microphone to actually reach this level of influence? It has gone from a genre that was underground, then marginalized, then stigmatized, then crossed over, became mainstream, and now hyper-commercialized. How did that happen? The historical significance is that hip-hop artists, hip-hop culture, and rappers were resilient. They believed in positioning their brand, and now hip-hop has grown up to where they’re not just influencers, but they are investors in tech companies and products.

Q: Some United States sports leagues had periods where they resisted adopting hip-hop culture into their brand. The NBA’s fashion and style restrictions during Allen Iverson’s time in the league is one often-cited example of that. How has the attitude toward incorporating hip-hop influence into the United States’ main sports brands changed in recent years?

Harrison: The way it changed is that corporations invest millions, if not billions of dollars, in ad campaigns and spokespeople. I mean, I would tell anyone to try to watch five straight commercials without some thread of hip-hop in it, whether it’s Geico, Old Navy, tech companies, food and beverage companies. When Sprite would do commercials with hip-hop in the 90s, those things were seen as more urban hip-hop connections. Now, the floodgates are pretty much open. Since 2018, according to a Nielsen study, hip-hop is the No. 1 music genre in the world. There’s an overlap with hip-hop and sports. Rappers want to be athletes; athletes want to be rappers. The world “ballers” encompasses the success of both athletes and artists. Look at the late great Nipsey Hussle. They did a 30 for 30 on him. He’s not a basketball player, but his impact with the community, his hobbies, sports brands, leveraged hip-hop and sport.

One of the ways sports brands use the power of sport to bring people together is now integrate hip-hop culture with their message. It doesn’t matter that historically it has been predominantly African American. It’s universal and for everyone.

Q: Racial discrepancies in hiring for NFL coaching jobs have taken national media attention since news of the Brian Flores lawsuit broke. The last TIDES and UCF NFL Racial and Gender Report Card gave the league a C+ racial hiring grade for Head Coaches. How can the league further improve its hiring practices?

Harrison: There have been improvements. Last year, around 40% of the hires were people of color or women in other areas like the coordinator level and football operations. Lovie Smith, an African American, was recently hired with the Houston Texans. We want to see improvement. We just have to stay the course. I’m heavily involved with doing my best with research and the occupation and ability report that I do with Scott Bechstein and our team. We just got to stay the course.

To most people, Goodwill is a place to unload unworn clothes or pick up a cheap coffee maker. But operating a secondhand store is only one facet of their mission.

Goodwill also provides education and training programs that help workers develop sewing, customer service and custodial skills. Those who complete Goodwill’s training programs are often placed in jobs at Goodwill or another employer.

Many of the workers in Goodwill programs are disabled or face other hurdles to employment, so the training opportunities can significantly impact their ability to become self-sufficient.

Goodwill Industries of South Florida is one of the larger regional Goodwills, and it employs hundreds of people throughout Miami-Dade and Broward counties. In 2020, it served nearly 5,000 people and placed 730 in Goodwill jobs. An additional 141 were placed in outside employment.

Beyond the raw numbers, the organization boasts several heartwarming success stories, such as finding the “perfect fit” for Robert Pantaleo, a 33-year-old Ft. Lauderdale resident who is autistic. He’s taken on the nickname “Lego Guy” due to his talent for sorting genuine bricks from knockoff ones. His knack for sorting helped Goodwill sell $47,000 worth of Legos online and netted him the organization’s 2021 “Achiever of the Year” award.

Goodwill Industries of South Florida hopes lawmakers will help them further their mission. The ask is $400,000, which would provide stipends to workers in their training programs. The organization estimates it could serve 450 people if lawmakers include the total 2022-23 budget. 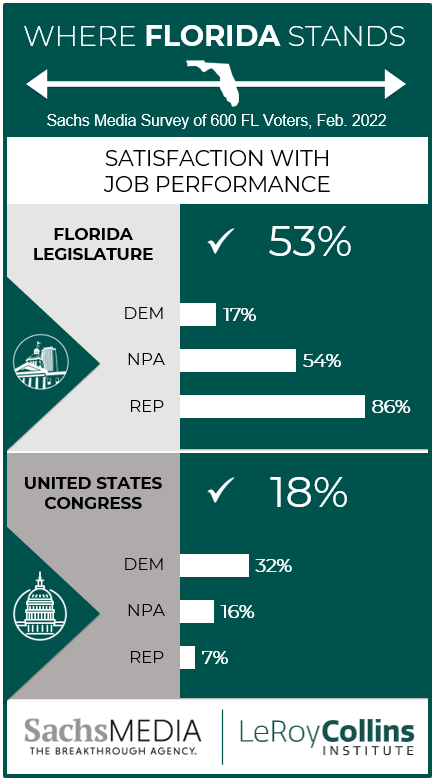 — The Senate Health Policy Committee will consider a bill (SB 804) that would change staffing requirements in nursing homes when it meets at 8:30 a.m. in Room 412 of the Knott Building.

— The Senate Governmental Oversight and Accountability Committee will take up a bill (SB 1614) that seeks to curb identity theft by preventing the personal information of people involved in car crashes from going public when meets at 8:30 a.m. in Room 37 of the Senate Office Building.

— The House Health & Human Services Committee will consider a bill (HB 5) that would institute a 15-week abortion ban when it meets at 9 a.m. in Morris Hall.

— The House Commerce Committee will consider a pair of bills (HB 9/HB 1565) related to consumer data privacy when it meets at 9 a.m. in Room 212 of the Knott Building.

— The Senate Finance & Tax Committee will take up bills (SB 1746/SB 1748) that would provide an additional $50,000 homestead exemption for teachers, law enforcement officers, firefighters, child welfare professionals, and members of the U.S. armed services when it meets at 11 a.m. in Room 110 of the Senate Office Building.

— The House will hold a floor Session at noon. The agenda includes a bill (SB 7014) passed in the Senate that would extend COVID-19 liability protections for health care providers and facilities.

— The Senate will hold a floor Session at 1:30 p.m. The agenda includes a bill (SB 520) that would shield state college and university president applications from public records.

— The Senate Agriculture Committee meets at 8:30 a.m. in Room 110 of the Senate Office Building.

— The House Pandemics and Public Emergencies Committee meets at 9 a.m. in Room 404 of the House Office Building.

— The Senate Rules Committee meets at 11 a.m. in Room 412 of the Knott Building.

— The Senate Special Order Calendar Group will slate bills to be heard on the chamber floor. It meets 15 minutes after the floor Session concludes in Room 401 of the Senate Office Building.

— The House Rules Committee will meet in Room 404 of the House Office Building. The meeting begins 15 minutes after the floor Session concludes.