Last Call for 5.18.21 — A prime-time read of what’s going down in Florida politics

The Legislature’s budget negotiators on Tuesday finalized their changes to the 2021-22 fiscal year budget, keeping lawmakers on track to approve the bill before the end of the Session. The budget will total more than $101.5 billion, bolstered by billions in federal aid Florida is expected to receive this year because of the COVID-19 pandemic. Lawmakers set the budget bill on the desk at 12:06 p.m., meaning they could vote on it beginning that time Friday. Before the budget conference began, chief negotiators Sen. Kelli Stargel and Rep. Jay Trumbull anticipated the final budget would top $100 billion. But the federal aid is a one-time award. Last year’s budget, by comparison, totaled $93.2 billion before Gov. Ron DeSantis vetoed $1 billion of it to brace for the pandemic. Here’s your nightly rundown.

Emergency continues. DeSantis has signed an order extending the COVID-19 state of emergency.

Crackdown. The House is primed to vote as soon as Wednesday on a bill (SB 7072) to punish social media companies Republicans say indiscriminately block users and content from their platforms.

Police reform. Legislation (HB 7051) to prevent excessive use of force by police officers will likely be the last bill to pass out of the committee process in the 2021 Legislative Session.

No exemption. The Legislature might pass a public records exemption for university president candidates someday, but it won’t be in 2021.

Boatload of cash. The Florida House and Senate have agreed to send $250 million in federal funds to offset COVID-19 impacts to the state’s cruise and cargo ship industries.

Bidding wars. The Senate cleared a bill (HB 53) that would overhaul the construction bidding process for local public works projects.

Second opinion. The Senate has passed a bill (HB 431) that would expand the scope of practice for physician assistants, but an amendment is sending it back to the House.

Adios, CRC? The Legislature has approved a measure (SJR 204) that would ask voters to abolish the Constitution Revision Commission in 2022.

Clean slate. The House unanimously approved a bill (SB 274) to broaden a juvenile’s ability to expunge their arrest record.

Local emergency. The House is prepared to vote on a bill (SB 2006) to create regulations for local emergency orders, including a prohibition against requiring COVID-19 vaccine passports.

Reprieve. The Tampa Bay Regional Transit Authority will remain intact this year after surviving a legislative attempt (SB 1130) to dissolve the agency.

No scam zone. The Senate unanimously supported a measure (HB 9) to make certain pandemic scams chargeable offenses, sending it along to DeSantis‘ desk.

Clarification. The House has signed off on a bill (SB 716) clarifying 2020 legislation requiring affirmative consent before conducting pelvic exams.

Dead end drive. A repeal (SB 100) of a massive toll road expansion passed the Legislature with little pushback and now heads to DeSantis.

Remember Pulse. Line-item appropriations in the 2021 budget bill include funding for Pulse survivor counseling and a shelter for homeless LGBTQ youth.

Fire sprinkler. The Legislature earmarked $800,000 in the state budget to fund research into cancer rates among firefighters.

God bless. The Senate opened with a morning prayer, as usual, but it sparked pushback for blasting social programs and abortion.

“The comments I’ve heard is that it doesn’t go far enough, and I would agree — and I say that, as someone who probably has filed more police reform legislation than maybe anyone in this chamber. But I do recognize that we have to start somewhere, and I believe this is that moment, and I believe this is the vehicle to do it. I believe we can build upon that in years to come.” — Sen. Randolph Bracy, on the police reform package.

Your Metz Husband Daughton-sponsored question of the day is: What UNESCO World Heritage Site is in Florida?

Last time, we asked: Who was Florida’s first U.S. Senator?

Congrats to Kevin Besserer (@krbesserer), the first person to tweet the correct answer! 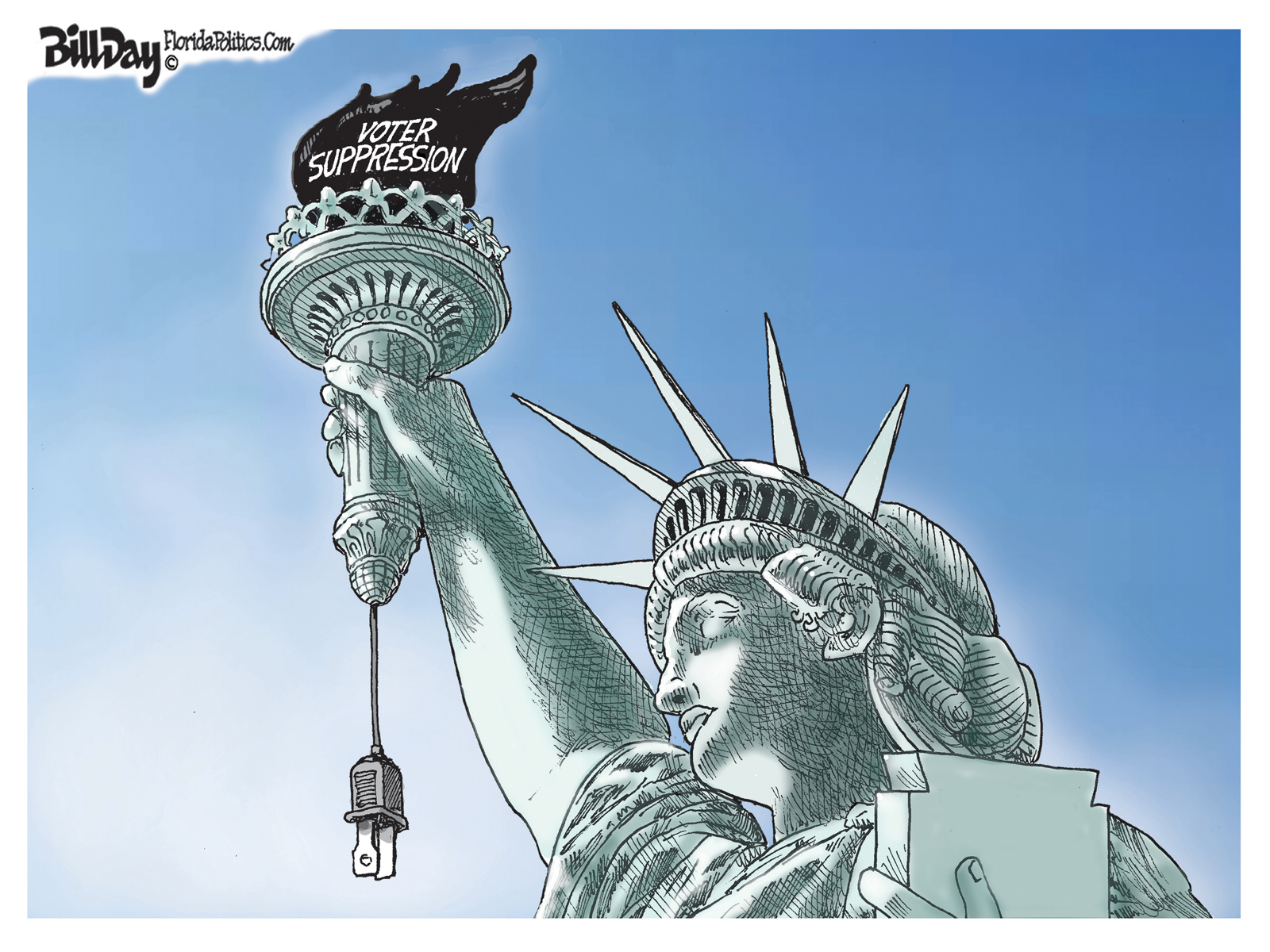 A Senate bill (SB 54) would change auto insurance in the state by ending the requirement that Floridians purchase $10,000 in personal injury protection (PIP) coverage and would instead require mandatory bodily injury (MBI) coverage. Tanveen Vohra is an insurance expert at Insurify, an insurance comparison platform. We asked Vohra to break down insurance policies and share the best options for consumers.

Florida Politics: How does the bill affect insurance policy rates?

Vohra: This is difficult to determine, since an independent study hasn’t been carried out by the state. For Florida drivers who already carry bodily injury coverage (which isn’t currently required by law, but may soon be), car insurance rates will go down as they can remove their PIP coverage. Those who don’t carry it, on the other hand, will be required to purchase more coverage ($25,000 and $50,000 in bodily injury vs. $10,000 in PIP), which may lead to an increase in their car insurance rates. According to a recent study from Insurify, Florida drivers pay the second-highest car insurance rates in the country and Florida has the highest number of uninsured drivers in the country. If the bill were to lead to higher car insurance rates, it could potentially lead to more uninsured drivers who are unable to afford the higher cost of car insurance.

Florida Politics: Opponents of the bill said MBI claims take longer to pay out because they have to wait on a fault determination. What’s the benefit of MBI insurance?

Vohra: Yes, bodily injury claims can sometimes take longer to pay out because of the process of fault determination. One great benefit of mandatory bodily injury coverage is that you’re no longer responsible for covering your medical expenses for an accident you didn’t cause, the person at fault is held financially accountable instead. 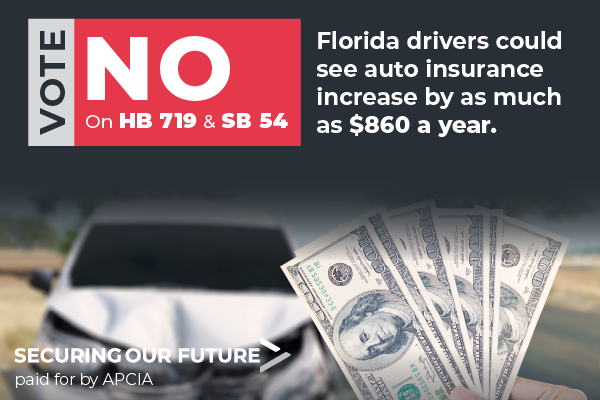 LGBTQ Floridians scored a win — or at least avoided a loss — when a bill banning transgender girls from participating in women’s sports died earlier this month.

Several organizations joined forces to fight against the bill, including Freedom for All Americans, which is working to build bipartisan support for full nondiscrimination protections for LGBTQ people nationwide.

Freedom for All Americans recently hired Towson Fraser of Fraser Solutions to lobby on their behalf in the Capitol, but it also has other interests in the Sunshine State.

With the Legislative Session winding down, the organization is hoping to focus on lobbying the state’s congressional delegation, namely U.S. Sens. Marco Rubio and Rick Scott, to support the Equality Act.

The federal legislation would prohibit discrimination on the basis of sex, gender identity, and sexual orientation for public accommodations, housing, loan applications and education, among other things.

The bill would also protect against employment discrimination, though job protections are already the law of the land thanks to a Supreme Court ruling last year.

Fraser said the Freedom for All Americans wants to help build truly bipartisan support for the Equality Act and “make sure they have well over 60 Senators on board.” 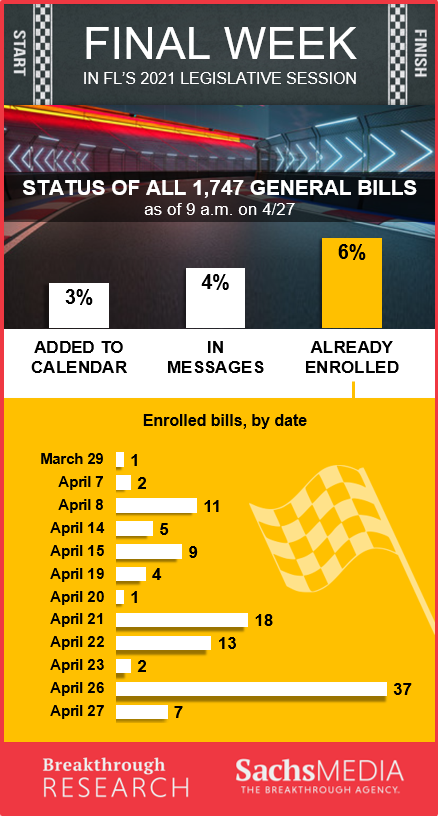 The Senate Democratic caucus will meet at 9 a.m. in Room 228 of the Senate Office Building. The meeting will be streamed over Zoom.