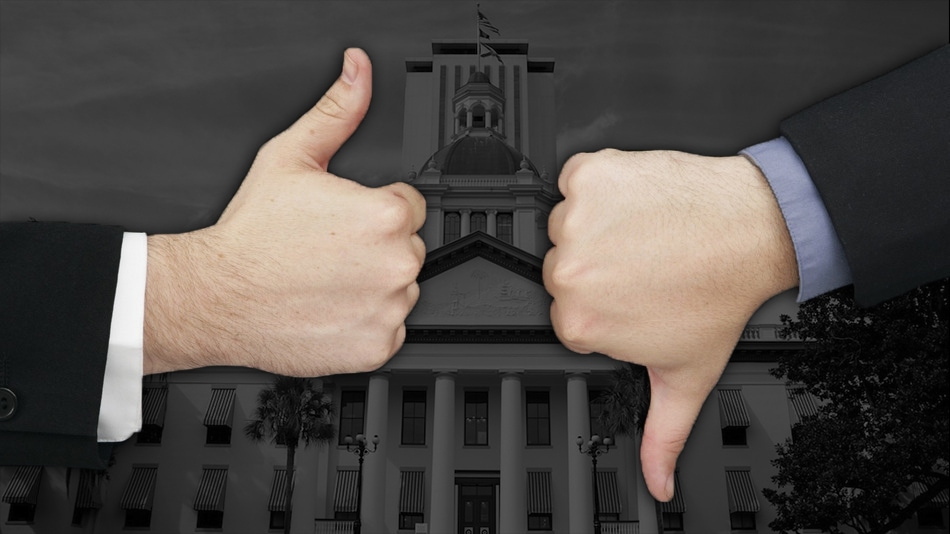 Disney made a massive leadership change, giving them a big win this week.

‘Tis the season once again!

It’s time for the tradition of gathering together, with joy for some, stress for others, plenty of turkeys and, of course, a good fight (or several).

No, I’m not talking about Thanksgiving leading into next month’s holidays. This week marked the start of the legislative season!

Following this year’s Midterm Election, lawmakers met in Tallahassee Tuesday for the organizational session, meant to formally kick off a new legislative term. That, of course, will lead the state into the 2023 Legislative Session.

But those watching closely won’t have to wait until next year to see how the new Republican supermajority in the Legislature unfolds. Lawmakers are already planning to meet next month for a second Special Session meant to address the state’s outrageous property insurance market.

And this past week’s organizational session was the formal start of it all. The next year is likely to heavily influence whether DeSantis will take a shot at the White House in 2024. And with the GOP holding a firm grip on both the House and Senate, Republican lawmakers will play a vital role in helping DeSantis craft an agenda to help boost his political future — whether in 2024 or 2028.

Honorable mention: Roberto Gonzalez. Gonzalez, a former House candidate, now has a seat on the Miami-Dade County Commission thanks to Gov. DeSantis.

Gonzalez ran this year for the House District 119 seat, but finished a distant second in the five-person Republican Primary, losing 48%-20% to Juan Carlos Porras. Now, DeSantis has given him a quick rebound by selecting Gonzalez to fill the District 11 seat on the Miami-Dade Commission.

Gonzalez is a Guatemala native who works as a personal injury lawyer at PereGonza Law Firm in Miami. He’ll now represent more than 200,000 people on the Commission.

Almost (but not quite) biggest winners: Tom Leek, Daniel Perez. Leek and Perez are among a slate of GOP lawmakers tapped by Speaker Renner to Chair major committees for the next two years. Renner made the announcement during this past week’s organizational session.

Leek will take over the powerful Appropriations Committee, which helps develop the state’s annual budget. Perez, meanwhile, will succeed Renner in leading the Rules Committee. Like Renner, Perez is slated to jump from leading Rules to serving as House Speaker, as Perez is in line for the position in the 2024-26 term.

The two will be among Renner’s most powerful allies in pushing through a conservative legislative policy agenda.

With plenty of eyes on Florida the next two-plus years, the spotlight on those members will be bright. That gives them plenty of opportunity — but also responsibility — going forward.

The biggest winners: Disney. Bob Iger is back.

Early last week, The Walt Disney Company made the choice to move on from CEO Bob Chapek and return the keys to the company to Iger.

Iger’s reputation as a respected leader is well-established. And he’ll need to bring that leadership to the table to help Disney navigate its post-pandemic future, the effect of recent storms and, of course, state Republicans’ recent war against the company for eventually speaking out against a measure meant to limit LGBTQ instruction in schools.

Chapek did earn praise for navigating Disney through the COVID-19 pandemic. But his handling of the measure critics have dubbed the “Don’t Say Gay” law — which saw Chapek pressing Disney employees for silence before belatedly speaking out against the bill — angered both sides of the debate.

Following a disappointing fourth quarter for the company, Disney decided to move on from Chapek entirely despite just giving him an extension in June.

Now, Iger will return, reportedly for two years before helping the company find another successor.

“I am deeply honored to be asked to again lead this remarkable team, with a clear mission focused on creative excellence to inspire generations through unrivaled, bold storytelling,” Iger said.

Iger is a safe bet to help Disney with any financial struggles. As for the battle with state lawmakers? Well, with a new face on the company, it gives lawmakers an easy out to reverse the decision earlier this year to dissolve the Reedy Creek Improvement District, which governs Disney territory.

The Legislature made the move to punish Disney for its advocacy, but many critics said such a hasty decision was unworkable, and some already suspected a reversal was the only resolution. The dissolution is scheduled to go into effect following the 2023 Session, giving lawmakers plenty of time to make nice with Iger, perhaps touch up the terms of the governing body, and let Disney be Disney.

Dishonorable mention: Orlando Slingshot operator. The state is issuing a $250,000 fine after 14-year-old Tyre Sampson fell from the ride in March and died.

An autopsy showed Sampson weighed 383 pounds, according to The Associated Press, nearly 100 pounds above the ride’s 287-pound limit.

The ride’s operators will be barred from ever holding a Florida ride permit, and the ride is also set to be dismantled.

“What we can do is make sure our laws don’t allow this to happen to anyone else,“ Agriculture Commissioner Nikki Fried said.

And this may not be the only punishment following the tragedy. The Orange County Sheriff’s Office has received the case and will determine whether criminal charges are warranted.

Almost (but not quite) biggest loser: Rodney Velez. Velez narrowly won the District 1 seat on the Broward County School Board this month. But unlike his fellow new School Board members, Velez has yet to be formally seated.

That’s thanks to a decades-old conviction that could keep Velez off the School Board entirely.

While Velez had his voting rights restored, he needed to go through a separate process to allow him to properly qualify to hold office. He did not. And that could, potentially, open him up to a third-degree felony if he attested that he was eligible for office.

“I’m not going to break the law,” Velez told the Sun-Sentinel. “I’ve been waiting for things to happen. I’m still waiting. I still have time.”

Velez added that he would wait to be sworn in and was not planning to resign. But it’s not clear how much leeway he has before the seat is considered vacant. And it’s entirely possible Velez will never sit if the issue isn’t cleared up.

The biggest losers: Andrew Warren’s attorneys. The trial over whether the Governor’s suspension of Warren is set to begin this upcoming Tuesday. But one key player in the battle won’t have to testify: Gov. DeSantis.

That’s according to a new ruling from U.S. District Judge Robert Hinkle. Warren is suing for his job back after the Governor suspended Warren from his post as Hillsborough County State Attorney. In making that decision, DeSantis pointed to comments Warren made that Warren would not enforce laws or regulations against abortion or transgender care.

Warren has argued the decision violated his First Amendment rights, as he simply commented on his intent. There was no actual case in front of Warren which he declined to prosecute.

Warren’s lawyers tried to get the Governor to speak in court about the decision, but the Governor’s attorneys pointed to the large batch of documents they already provided to the court regarding DeSantis’ rationale for the suspension.

Hinkle said he would not push to force the Governor to testify.

The judge did leave the door open slightly for a different ruling should the defense make another motion for the testimony during the trial … only to seemingly slam it shut.

“If he makes a showing … I’ll do what I do every time a motion is filed — I’ll analyze it and make a ruling,” Hinkle said. “But at least as things stand now, the Governor is not going to be testifying … and I think it’s very unlikely the situation would change.”